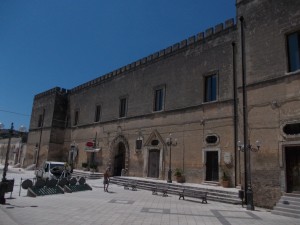 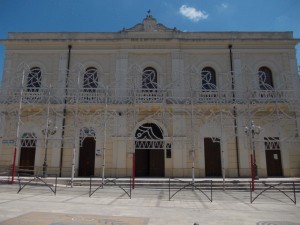 Torre Santa Susanna is a small town sitting halfway between Mesagne and Manduria. The Romans constructed two defensive towers here after the 2nd Punic War, and legend has it that a Roman soldier wrote the words on one of the towers, giving the settlement its name.

The town has a history of olive oil production, and at Largo Moccia there are large underground mills, 5 metres under the town. There are several rooms containing mills, presses and fireplaces. Also of note in the town is the Chiesetta di San Pietro delle Torri, which offers tours for groups and the 14th Century Chiesa Matrice.

The Castello Conti Filo is a 16th Century castle that after years of neglect was restored and reopened in 2011 as a hotel. Outside the castle is the location of several cafes and restaurants, although at the time of our visit many were not open as there was a good deal of building work going on around the area, no doubt in preparation for the town's main festival, the Festa di Santa Susanna, which takes place in early August.