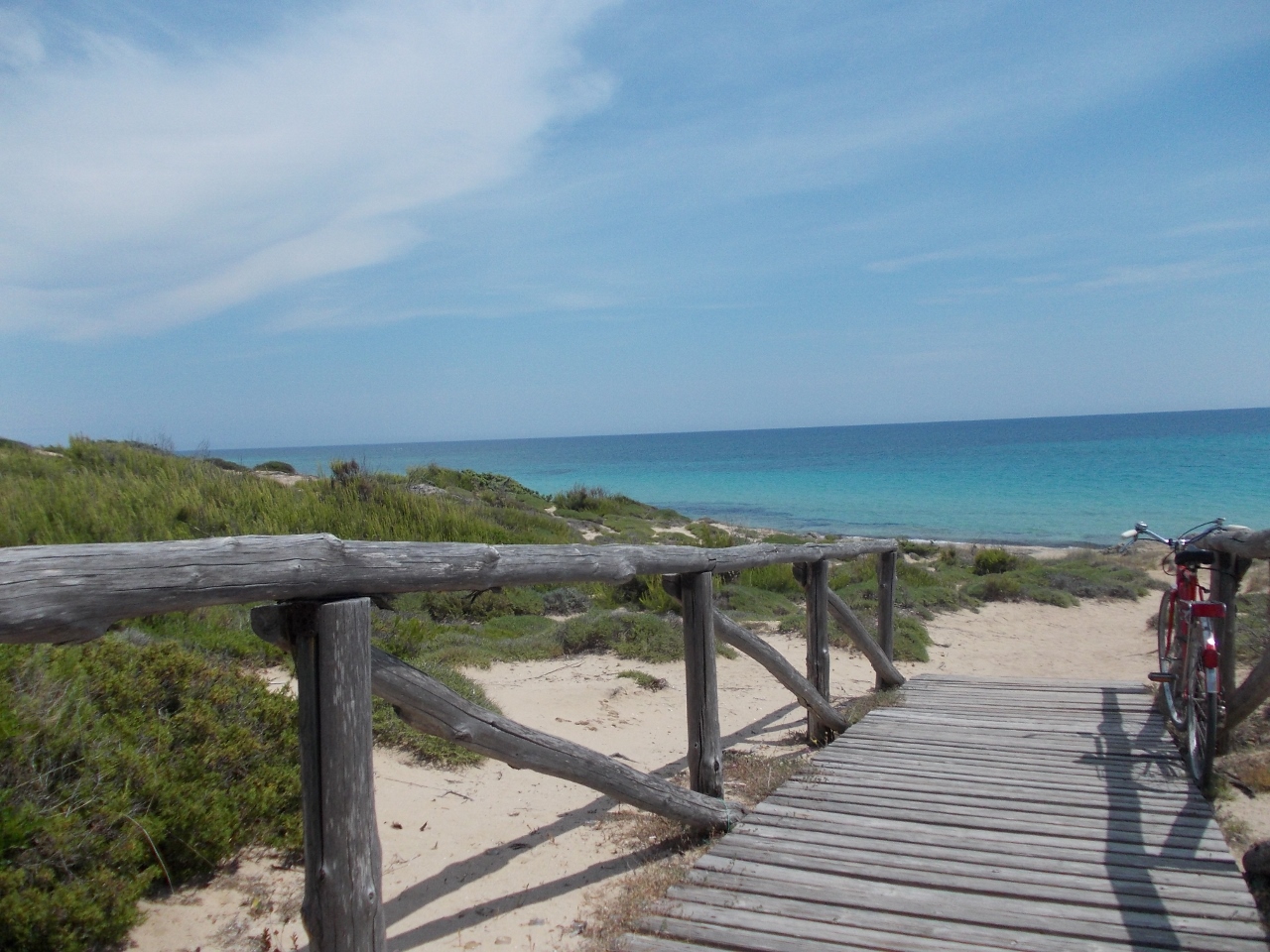 Located on the Ionian coast half way between Galipolli and Taranto are the dunes of Campomarino.

The dunes cover in excess of 40 hectares and get as high as 12 metres above sea level. They originated around 5000 years ago, and are some of the most well preserved in Italy. Due to the positioning of the dunes an array of rare botanical species have thrived here, such as marine juniper and thyme shrubs that shelter the bays below.

Although the construction of the coastal road and other buildings in the late 20th Century encroached on the dunes somewhat, the Parco delle dune di Campomarino now offers protection to this special area.

Driving directly to the coast from Manduria on the SP137 will bring you to the village of San Pietro Bevagna.

The village has close links with Saint Peter, who, according to legend, had a ship wreck and came ashore here – in fact on the spot where the Chiesa San Pietro is located in the middle of the town. The legend claims that Peter was suffering from thirst, and coming across a well next to a statue of Zeus he made the sign of the cross and the statue shattered at his feet. Thus the locals began converting to Christianity.

Next to the church is a tower in the shape of a priests hat, an octagonal star, which was built in the 16th Century. Within the church, steps take you underground where there is a lava stone baptismal font from early Christendom.

Also of note in the village is the mouth of the River Chidro, which is surprisingly cold due to its origins in a deep underground source.

On the coast to the south of Manduria is Torre Colimena. Situated next to golden sandy beaches, it is an impressive building with arches supporting a staircase up to the tower. It houses the Museo dell'Associazione Nazionale Amici dell Ceramica with artefacts from 1700 to 1900.

Just over the sandy dunes from the tower is the Riserva Regionale Orientata, which is home to a plethora of birds and other wildlife, including pink flamingos.

On the outskirts of the town of Leporano, occupying the majority of a small headland, is the Parco Archeologico Saturo.

There is evidence here of a Bronze Age and Iron Age settlement, an Ancient Greek sanctuary, Roman villas and more recent structures from the Aragonese period. There are also World War II installations as examples of how this part of the coast was defended.

As well as the archeological remains at the site, there is a small Roman style 'theme park' called 'Arkeogiochi' which seems to specialise in educational visits from school children, an 'Art Cafe' and various other facilities based around the sandy beaches on the headland.