Why not come and spend a week or two with us in beautiful Puglia?
ENQUIRE NOW VIEW ACCOMMODATION 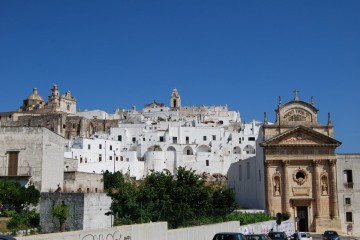 Here you can find a brief introduction to some of the fantastic towns and cities in Puglia. The history of the region has had a lasting impact on the architecture and location of the many and varied settlements of the area, from ancient Greek … 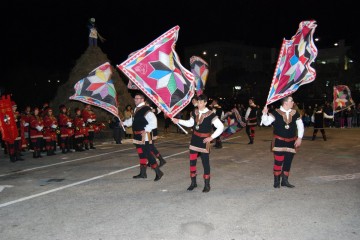 There are many and varied tourist attractions and sites of interest throughout Puglia. There is something to suit all tastes, and we have tried to list a few in this directory.

Puglia, or sometimes referred to as Apulia in English, covers …

Gettting to Puglia is relatively easy, with two well connected …

Here at Puglia Passion we aim to help you unlock the secrets of this often overlooked region of Italy by providing an information resource for all things Pugliese, with a particular focus on the Ostuni area....from details on the ancient towns and cities that cascade from the hill-tops or sit along the shimmering coastline, to suggestions on local recipes to try and beaches to visit.

We also offer a couple of fantastic holiday rental properties – the unique Trullo Annunziata in the countryside and charming Casa Nonna apartment right in the midst of Ostuni's historical quarter. The properties are ideal as a base for exploring this wonderful region of Puglia, or simply as a place to relax and enjoy the sun whilst sampling the local cuisine.

We aim to regularly update Puglia Passion with new information as we discover it. If you would like to contribute suggestions or recommendations please don't hesitate to get in touch.

Puglia (or Apulia) is the 'heel' of the boot of Italy. Stretching over 400km from Lecce and the Salento in the south, all the way to Foggia and the Gargano in the north.

Over the centuries Puglia has been ruled by Mycenaean Greeks, Romans, Normans, Hohenstaufen, Turks, Venetians, French and finally becoming part of the Kingdom of Italy - Puglia is a melting pot of cultures and peoples.

Puglia is Italy's market garden, producing much of the fresh produce distributed around the country and further afield from vast expanses of olive trees and vineyards. Combined with the frutti di mare taken from the many fishing villages, this has resulted in food being one of, if not the, most important aspect of any Pugliesi's life!

Casa Nonna is a gorgeous apartment right in the centre of Ostuni old town, close to many bars and restaurants and among the beautiful winding streets of the White city. The apartment has everything you need for a comfortable stay, a gorgeous roof terrace with amazing views that see epic sunrises (yes, its worth getting up for). Possibly one of the most comfortable beds I have slept on! Ostuni is lovely, we stayed for 8 days over Easter with a view to chilling out, eating and drinking - we were not disappointed! Amazing food and lots of choice even over the holiday period when Ostuni was just starting to get busier.

First impression was that we had hit the jackpot with this property - and the longer we stayed, the better it got! We understand that we were the first visitors to Trullo Annunziata - those that follow us are in for a treat! We cannot fault the accommodation, equipment and facilities that its fascinating open plan construction offers. Ed and Gemma were clearly prepared to go the extra mile to ensure the comfort of their guests. We would not hesitate to recommend this property to anyone wanting to visit this part of Italy.

What can I say, we well and truly fell on our feet, booked last minute and how pleased were we. Recently renovated, and a great job they have made of it with lovely outdoor seating area & infinity pool. Plenty of space for a couple or young family and equipped with pretty much everything you require. Was a lovely place to come back to after a days sightseeing.

Trullo Annunziata truly met all our expectations. The original building has been faithfully restored which gives you a feeling of history whilst offering you luxury accommodation with everything you need for the perfect stay. The swimming pool is a real treat, the perfect temperature and very welcome when returning after a day's sightseeing. This really was one of the best holiday lets we've taken and we wouldn't hesitate to recommend it to anyone.

Beautifully presented apartment perfectly situated for exploring the historic centre of Ostuni. The vaulted ceilings and stone tiled floors give an historic ambiance, but all the appliances are new and of good quality. The rooftop terrace is perfect for relaxing in the sun, and has a fantastic view over the olive groves to the coast. Your local knowledge and obvious enthusiasm for the region, combined with your excellent communication contributed hugely to a very enjoyable stay.

Tucked away among the winding lanes of Ostuni's Centro Storico is Casa Nonna, a quirky little apartment with outstanding views over olive groves to the Adriatic sea. It was nice and clean on arrival, and contained everything needed for a self-catering apartment. Ostuni is a delightful place to wander through and explore the lanes and if you want a taste of how the locals live, Casa Nonna is the perfect place to stay.

A wonderful stay at Ed and Gemma's restored trullo, perfect for two. This property has been lovingly restored and is well equipped, clean and private. We received a warm welcome and really appreciated the welcome gifts.

Lynne & Simon, Worcestershire
Our promise is to deliver you the best possible self-catering experience, from arrival to departure...