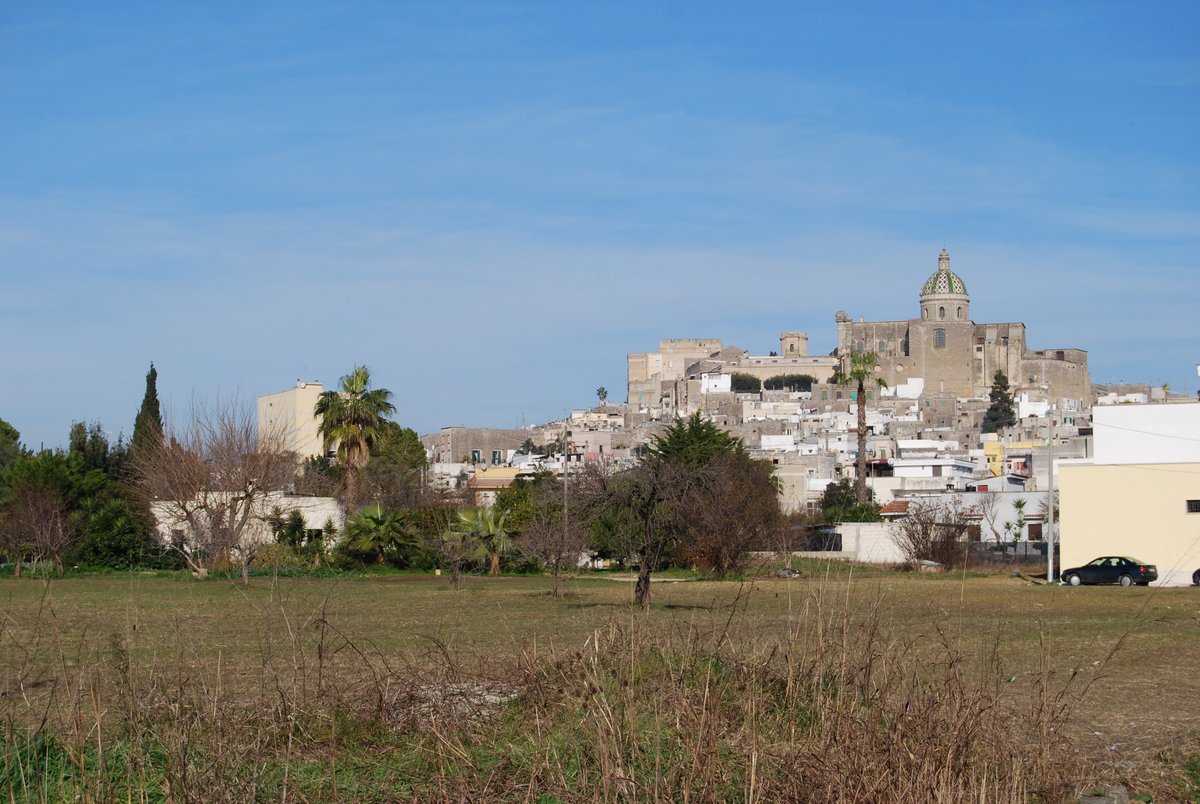 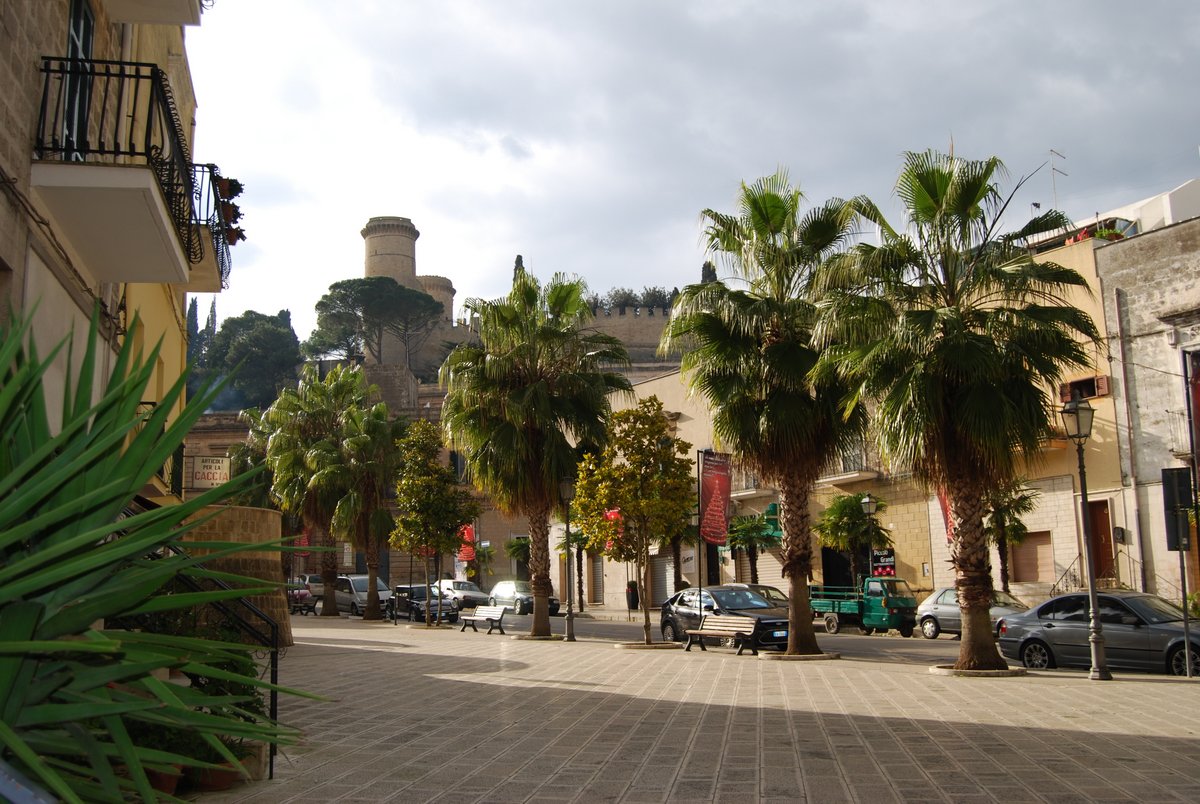 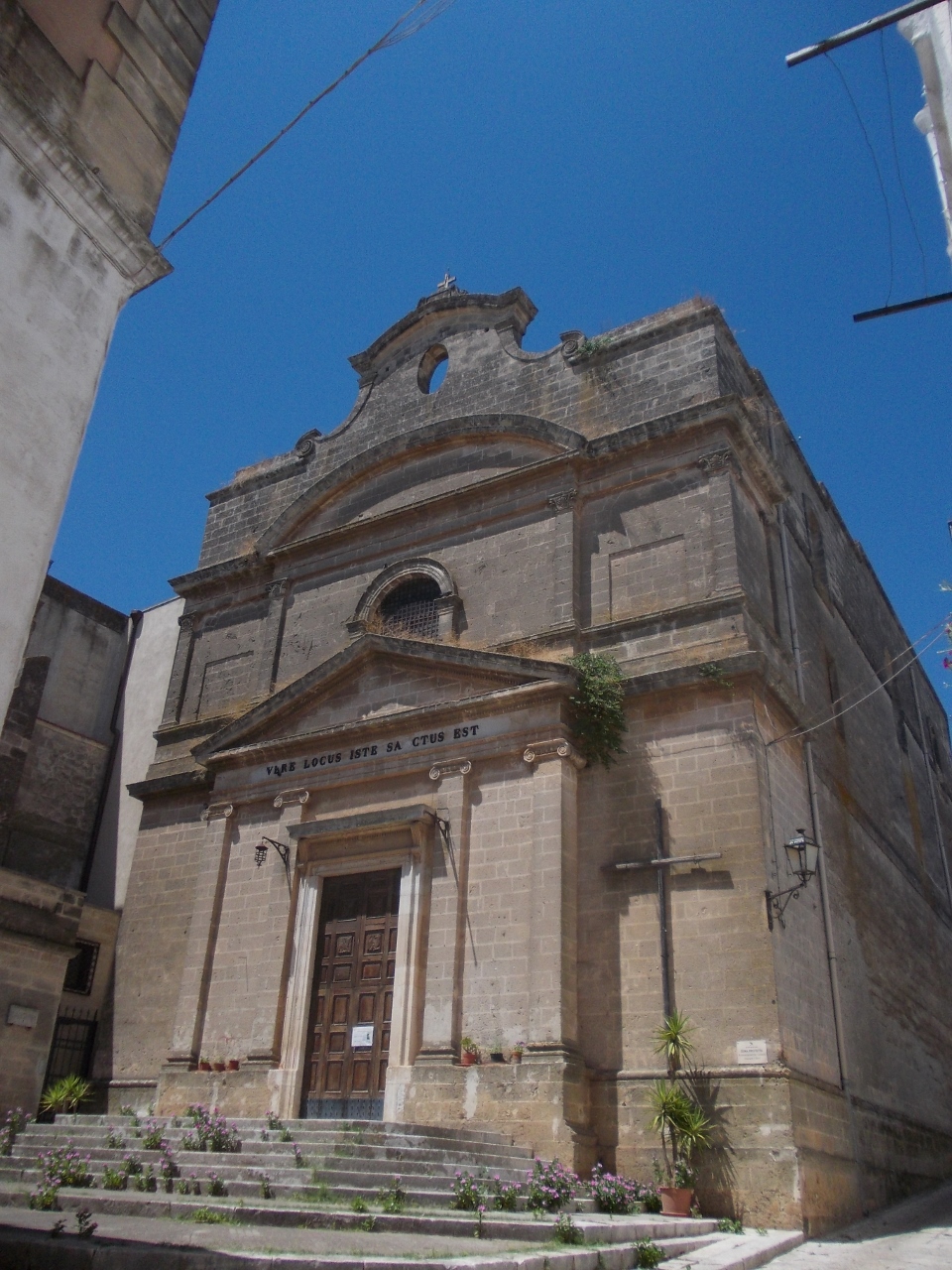 Located to the south-west of Brindisi, in the northern part of the Salento peninsula, Oria is an ancient Messapian city. Built over three hills, the main sight is the castle, which was primarily constructed by Frederick II with various additions over the ages. The 18th Century Cattedrale di Maria Santissima Assunta in Cielo, features a marble polychrome dome, and houses a number of notable artworks. Oria was home to one of the oldest Jewish communities in Italy, and there remains a Jewish Quarter accessed via the Hebrew Gate.

In early August the city celebrates the Corteo Storico of Frederick II – a parade consisting of over 400 participants all dressed in traditional costume, bearing flags of the four districts of the city. The festival also includes the Torneo dei Rioni, a traditional tournament whereby representatives of each of the districts compete in a series of tests in order to win the Palio. The festival has been nicknamed 'the grand mother of all costume parties'.

Oria is definitely worth a visit, but it is a slightly complicated place. It certainly looks like a fortress city as you approach it, from any side (including at night when it is illuminated); the steep hill surmounted by the castello and cathedral sticking up dramatically from the surrounding plain.

The so called Jewish Quarter is actually a number of dead end streets and steps, containing small dwellings; in past times these streets would probably have been gated to prevent the inhabitants mixing with the general populace. If you are approaching from Francavilla, the Hebrew Gate is on the left, and you can enter the area by this gate. There are several signs pointing up to the dead ends. You can walk around these but there is nothing specific to see. Watch carefully for a sign pointing upwards to the cattedrale and castello. If you go up these steps, you will eventually find yourself outside the cattedrale. There is a fine view from the piazza in front of the cattedrale, and of course you can go inside if it open.

Entered from inside the cathedral. in its crypt, is an unusual museum. The crypt was built in 1484 in memory of all those who had not returned from the battle against the Turks in Otranto. It is a historical museum, but contains the mummified bodies of 11 monks, preserved in the last 200 years or so, hence the title Cripta delle Mummie. When it open (a charge of 1.50 euros for adults), there are guided tours, inlcuding some by English speaking guides. Opening hours are not publicised, so it may well be closed when you go.

The castello will almost certainly be closed. It is located on top of a hill slightly separate from the cattedrale, reached via walking through a few interconnecting streets containing various religious buildings of significance. However, if you walk up the somewhat encouraging Via Castello towards the gate tower, you will come to a very closed gate.

There is a complicated story attached to this. The castle has always been privately owned, but used to be open for public tours. In 2007, Isabella Caliandro and Joseph Romanin purchased the castle and started a major renovation project apparently aimed at turning it into a major conference centre. However, in 2011 the Guardia di Finanza (Finance Police) sequestrated the castle, alleging that the renovations were unauthorised. In June 2013, 12 people including the owners, builders and others were indicted on various charges, covering violation of building codes, abuse of office, fraud against the State and corruption. Still owned by the people subject to these charges, according to its own website the castello is closed to the public. However, in 2013 a local resident successfully used Italy's online public petition system to encourage the public authorities to arrange some limited access on specified days, including some days during the August festival. The access days are only arranged quite a short time in advance and are not widely publicised.

So if you want to see inside this castle, you will need to do some research. It is not easy to find out details of the days it is open - it has been so far a few days every two or three months. Oria does have a useful municipal website http://www.comune.oria.br.it/, which gives a lot of information but still leads to a link saying the castle is closed to visitors - but it possible this may change when the open days have been fixed. There is also a very detailed website on all aspects of Oria events etc, which will give any details available (use its search facility) - http://www.carpediemoria.it/oria/index.1.html Visits involve guided tours in small groups, entry free, but identification is needed for state security reasons.

A separate entrance to the old city is via a gate beyond the Gate of Jews, which leads into Piazza Manfredi and the nearest Oria has to a "hub". There are a few excellent bars and restaurants here - we recommend Trattoria Intra Moenia just off the Piazza on via Castiglione for an excellent quality and good value meal. But we have also had a great lunch in the Oria Vecchia restaurant which is just off the Piazza; full of elegant character and not as expensive as it might appear. We would also suggest walking through the old city to the other side (along Corso Roma and Corso Umberto I, both beautiful narrow thoroughfares with the cathedral and castle up on your left)) to reach Piazza Lama, where you can stop for a drink, snack or meal at the Caffe Art Deco', which has the palm trees of the piazza and the castle as a dramatic backdrop.