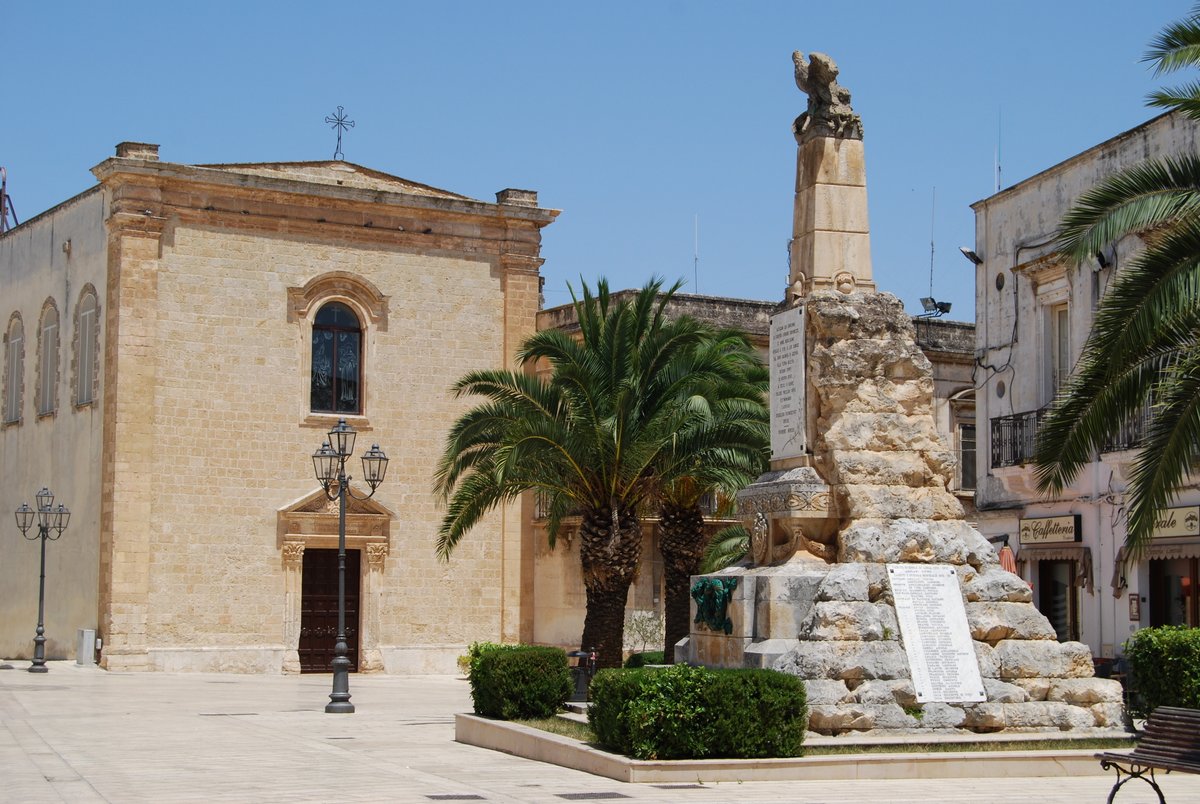 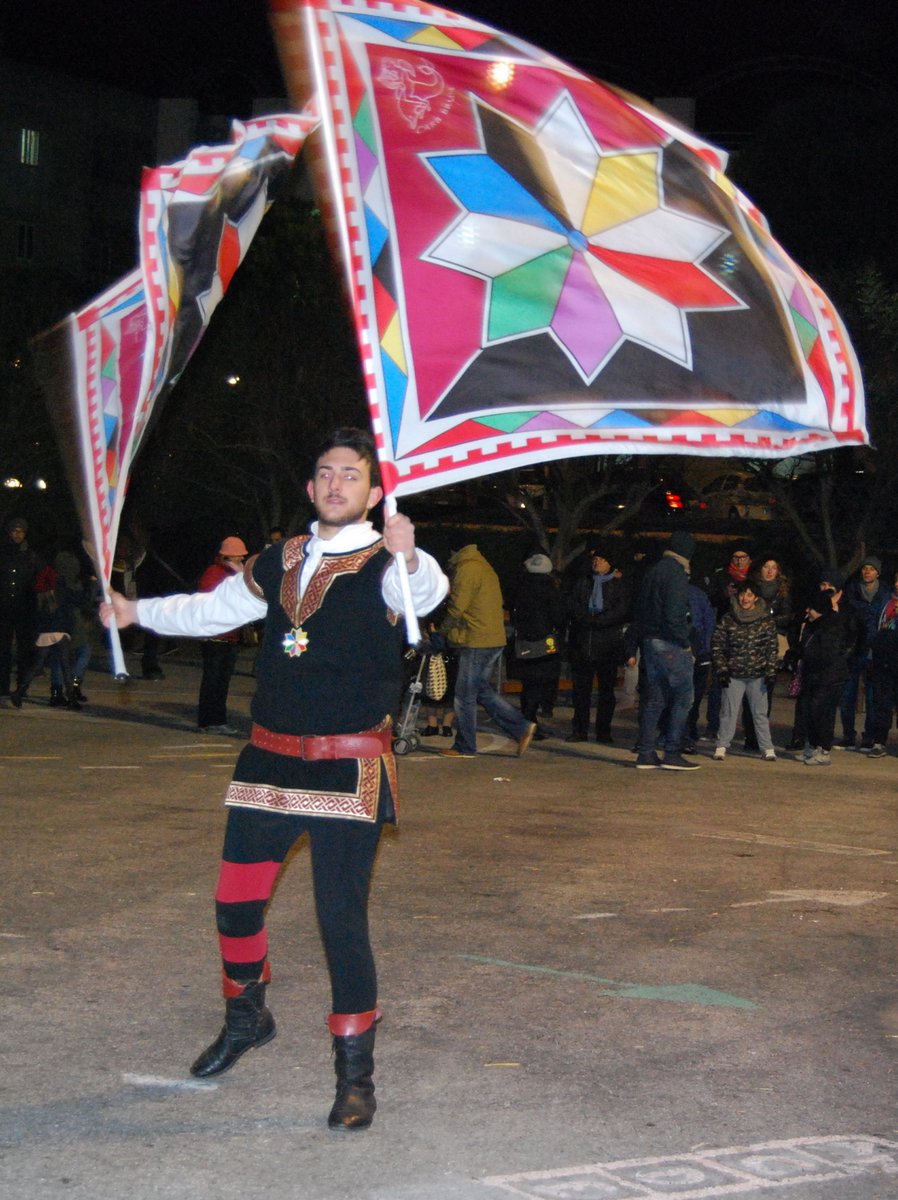 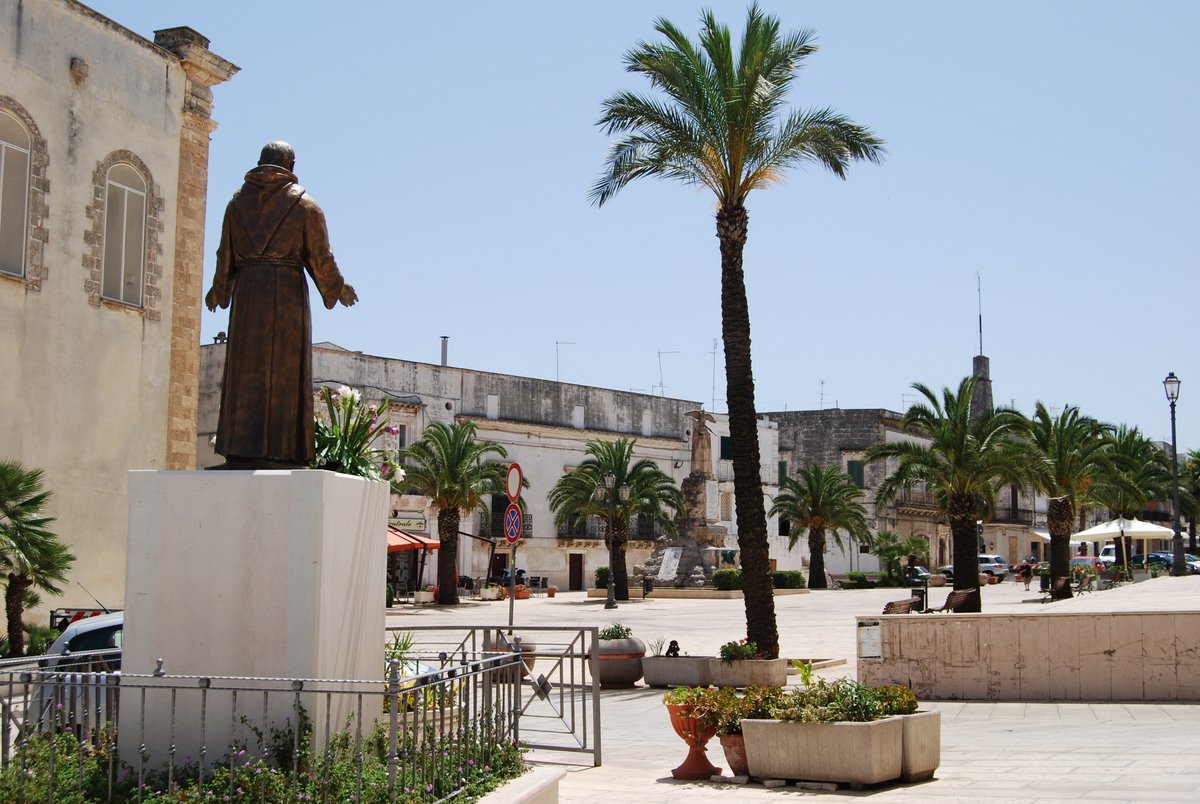 A town with ancient origins, the name of Carovigno derives from the Greek “Carpina” meaning “Fruitful”. Known as “Corvineum” under Roman rule it stayed loyal to the Empire even when towns and cities all around were surrendering to Hannibal. After the fall of the Roman Empire the town was ruled by Visigoths, Byzantines, Lombards, Normans, Angevins, Aragonese and the Venetians. Today, Carovigno is known as La Citta della 'Nzegna, the town of flags. This is due to the tradition of flag waving for which the town is renowned.

Carovigno is only a few minutes' drive from Ostuni (especially if you are staying at Trullo Annunziata) and visitors to this area go through it quite often en route to other places, including the airport at Brindisi. There is a good bus service between Ostuni (Viale Pola) and Carovigno, but its small railway station is outside the town, so if you want to visit using  public transport, we advise going by bus.

The impression from the route for through traffic is not good; the buildings are unattractive and the town uninviting. However, it is worth getting past the outskirts and going up into the centre, where there is a beautiful, peaceful square with palm trees, overlooked by a statue of Padre (now Saint) Pio. There are some restaurants/bars on the square and the streets just off it. There is also Tourist Information Centre. 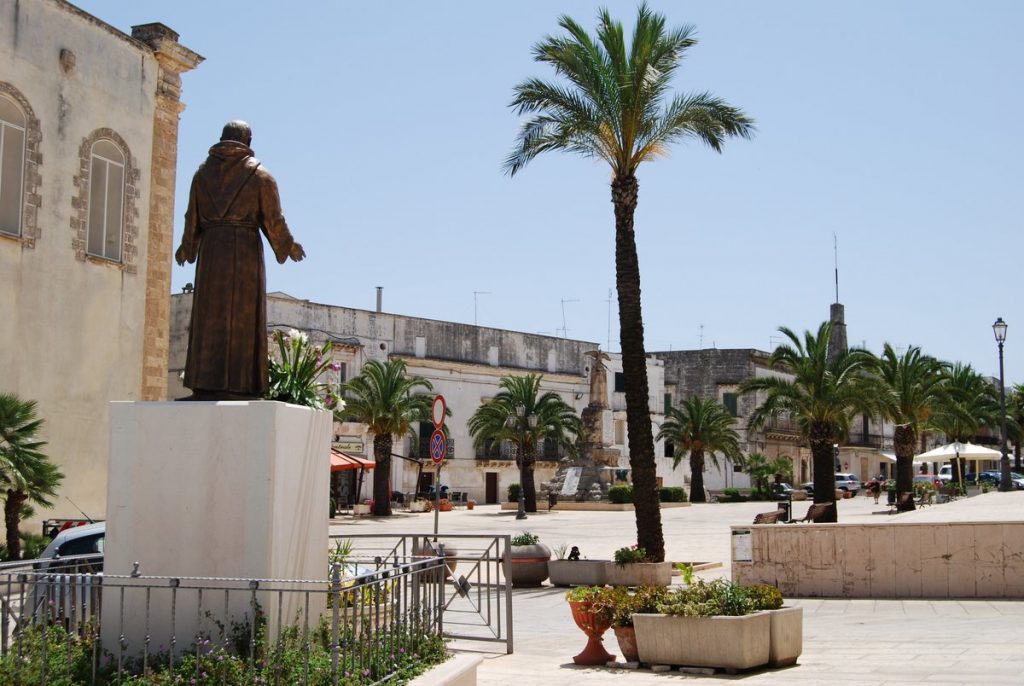 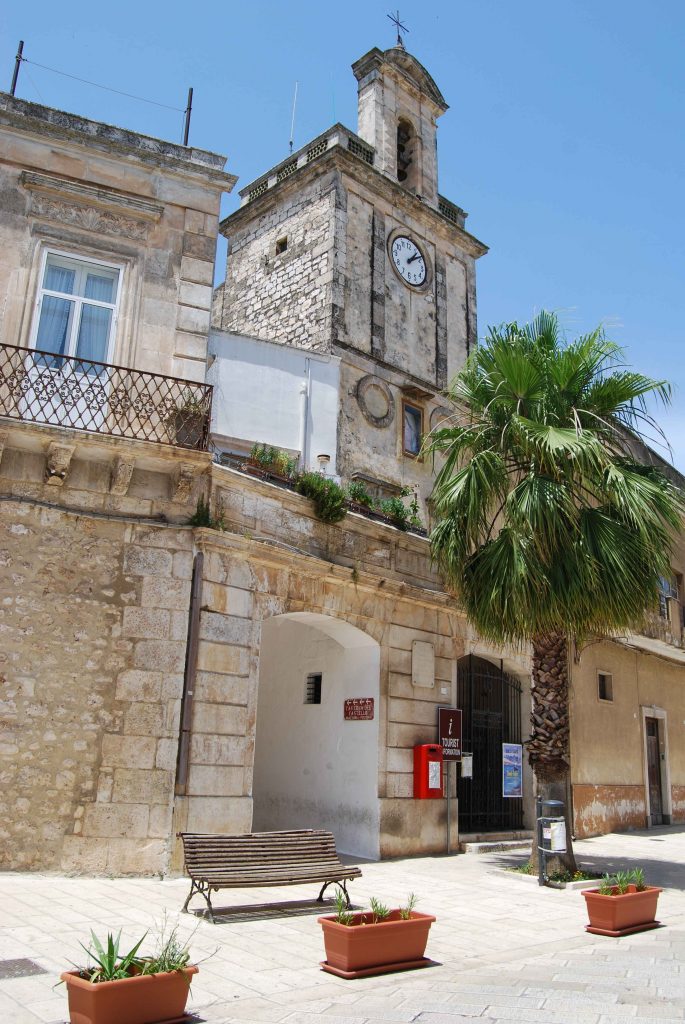 Through an arch and a few yards down a side street from the square is the Castello della Dentice, which dominates the town when seen from a distance. This was constructed by the Venetians in the 15th Century, and much of it remains today. It has a triangular layout, very rare in Italian military architecture, with towers in the corners including an almond-shaped one .

Go through the imposing entrance into the courtyard where there is an imposing decorated staircase. Guided tours of the castle interior take place daily at 6pm, with additional tours in the mornings at weekends - the tour takes about an hour. So from Trullo Annunziata you can make a short visit to Carovigno, take in a castle tour and have an apperitivo on the square before returning to your accommodation for dinner. 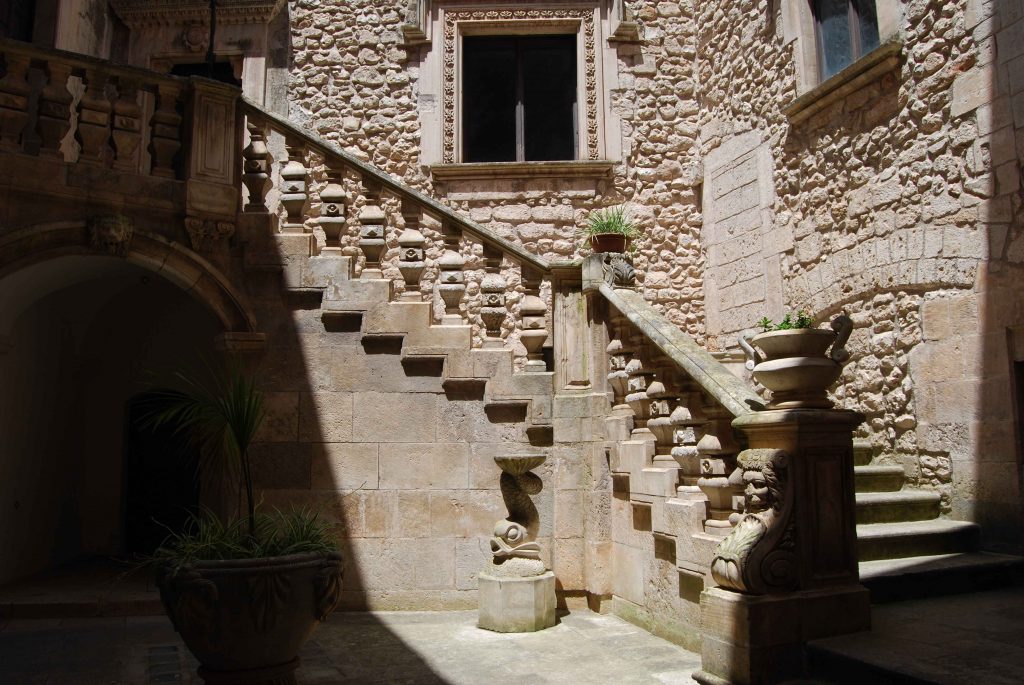 The small historical center of Carovigno has retained its medieval structure. In addition to the castle, attractive features include the gateways  Porta Brindisi, Porta Nuova and Arco del Prete; the seventeenth-century church of Sant'Anna, the private chapel of the feudal lords, restored in neo-Romanesque style; and the Cathedral of the Assumption, the main church of Carovigno.

One of the great traditions of Carovigno that they still hold proudly is that of the 'Nzegna", a 1,000-year old custom of flag-throwers (sbandieratori), a highly skilled display of pageantry. The tradition is a religious cult linked to the Madonna, associated with the miracles in the nearby cave church of Maria Santissima di Belvedere. The troupe of trained flag throwers consists of men and boys, but the vital accompaniment of drums and trumpets is provided mainly by women and girls. The troupe gives many displays, not just in Carovigno, but also as visitors in nearby towns (including Ostuni) on special occasions. However, the big event in the calendar is the "beating of the 'zdegna". This takes place in two squares in Carovigno on the Monday and Tuesday after Easter, and at the church of Maria Santissima di Belvedere (4 kilometres away) on the Saturday after Easter. The parades and displays then include a very special flag waving by two members of the local Carlucci family; the family has held this honour since 1930, only the fifth family to carry on the tradition since the 17th century. 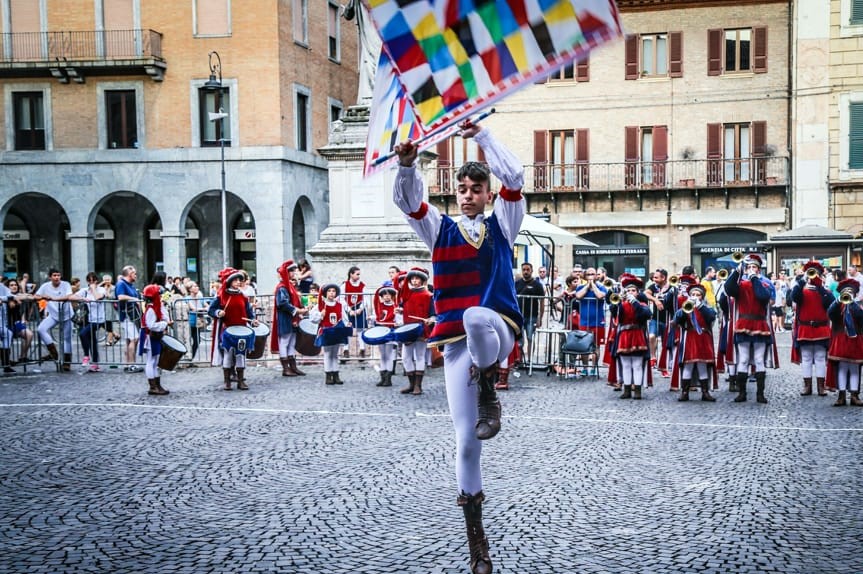 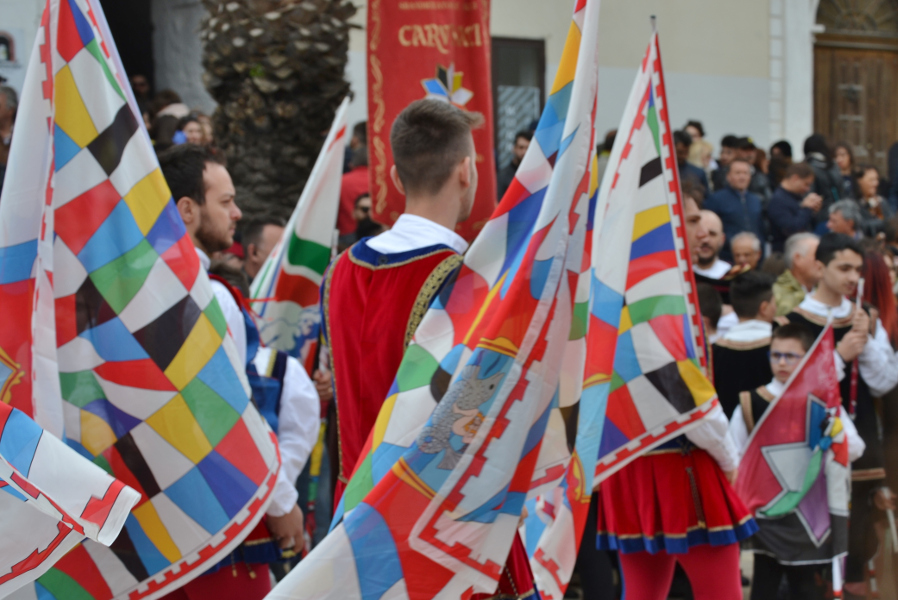 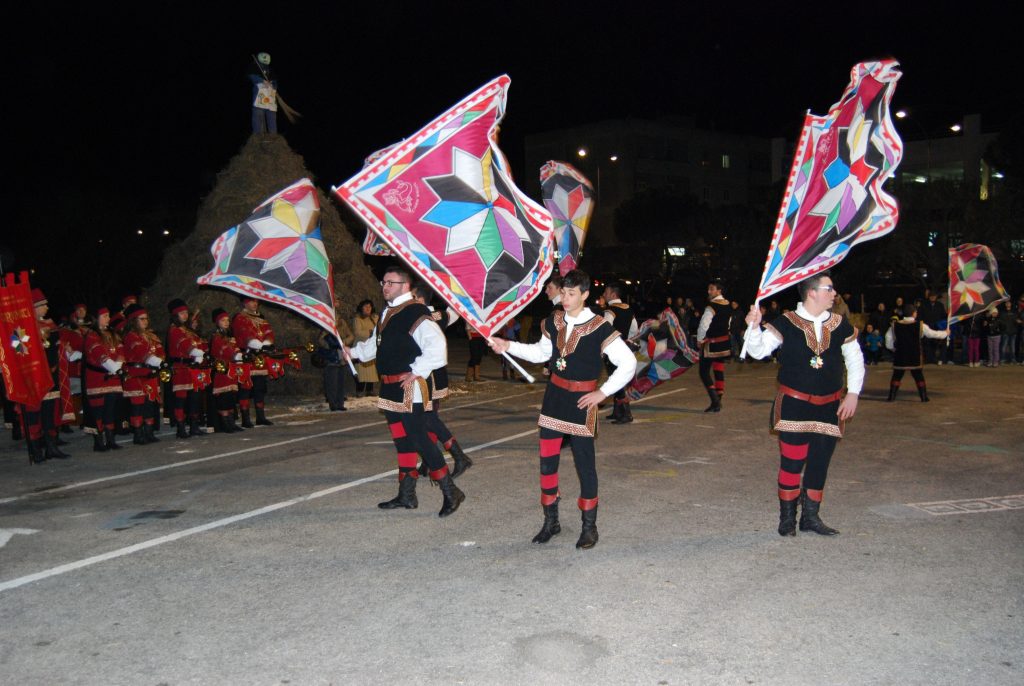 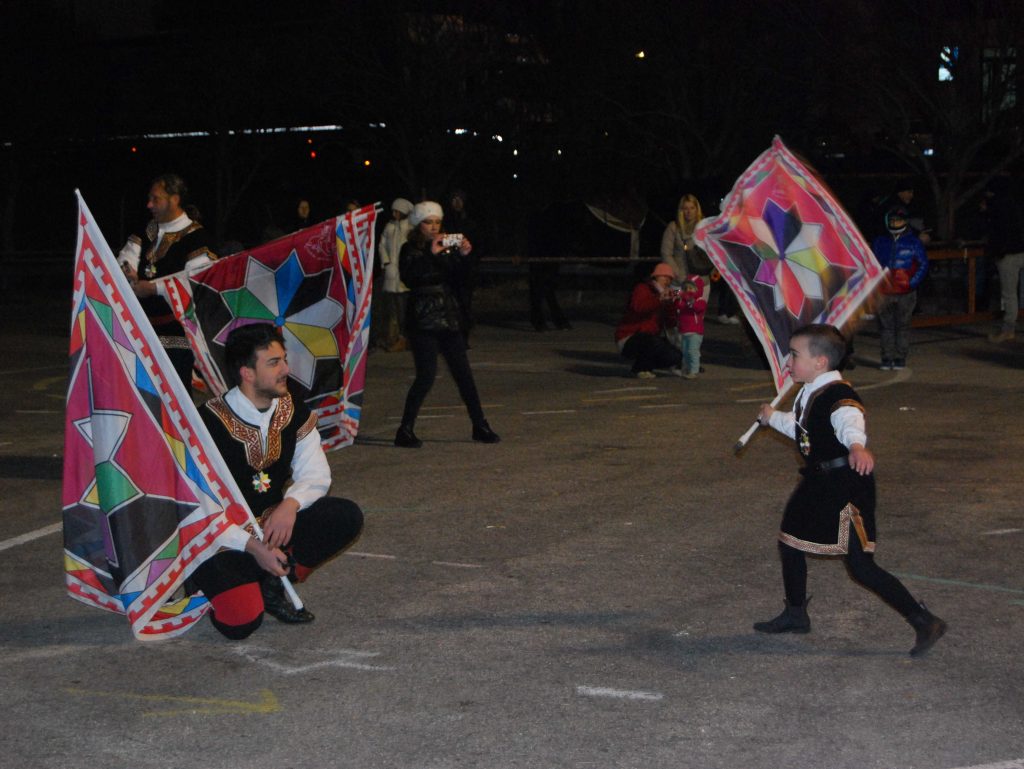