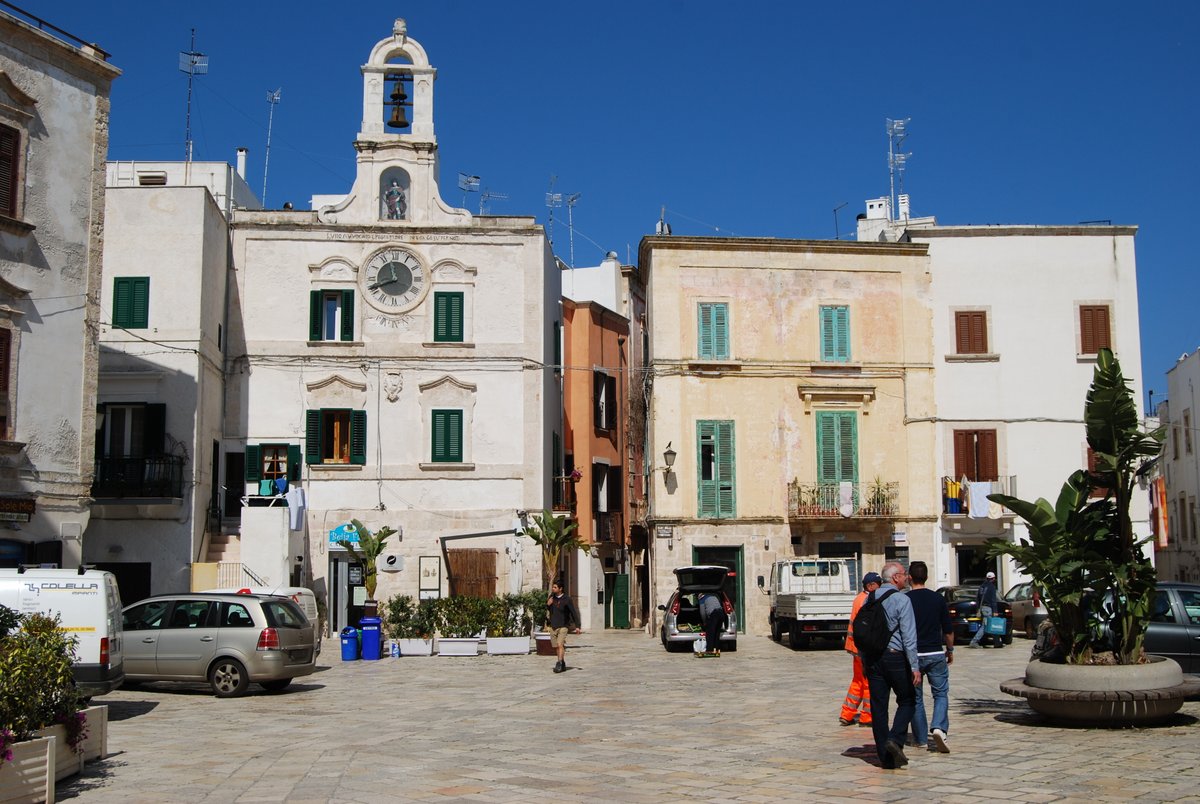 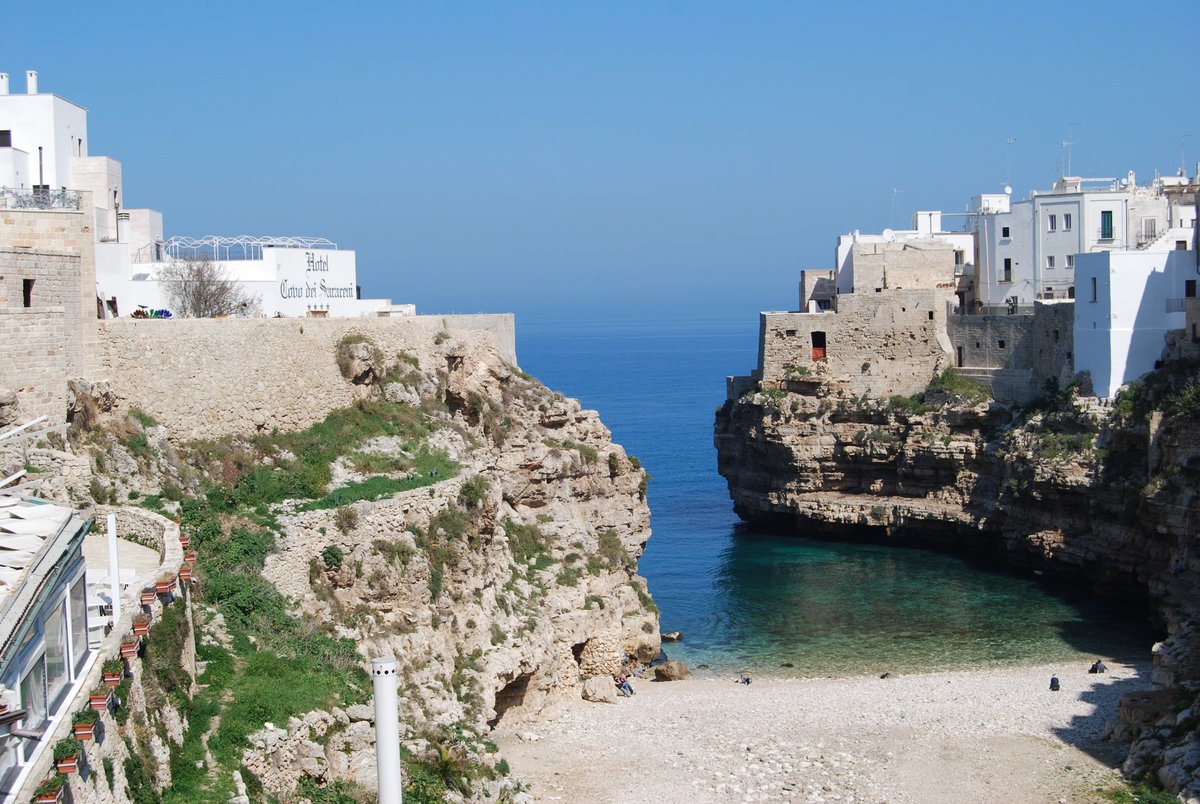 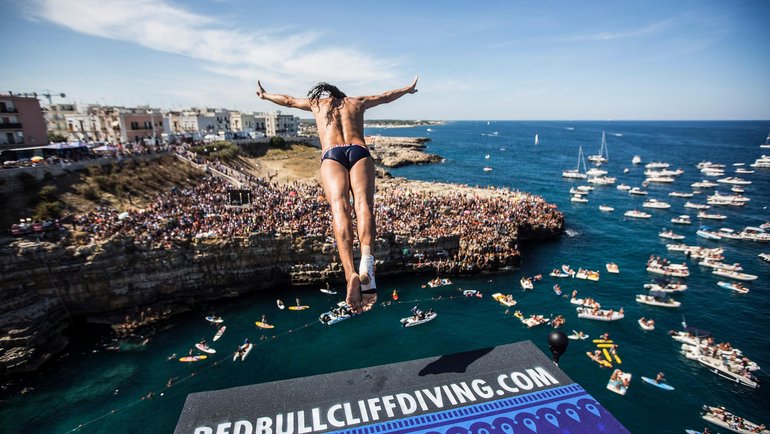 Polignano a Mare is on the coast between Bari and Ostuni, easily accessible from the main road and rail network. The railway station is about five minutes' walk from the town centre.

It is located at the top of some dramatic cliffs on the Adriatic coast. Inhabited since pre-historic times, it became established as a Greek and Roman settlement.

The most common vista associated with the town is from the bridge on the main street overlooking the small sandy cove enclosed on both sides with spectacular cliff faces and the town built up to the edges of the sheer drops. A gate to the right of the bridge is where you enter the small centro storico. Walk through the old town's winding streets and small piazzas, with shops, bars and restaurants. Whichever route you take will inevitably bring you out at a view point over a cliff face down to the Adriatic sea.

A number of artists have settled in Polignano, and it is the home of the Pino Pascali Museum Foundation, housed in a former slaughter house, with displays, exhibitions and events dedicated to contemporary art. 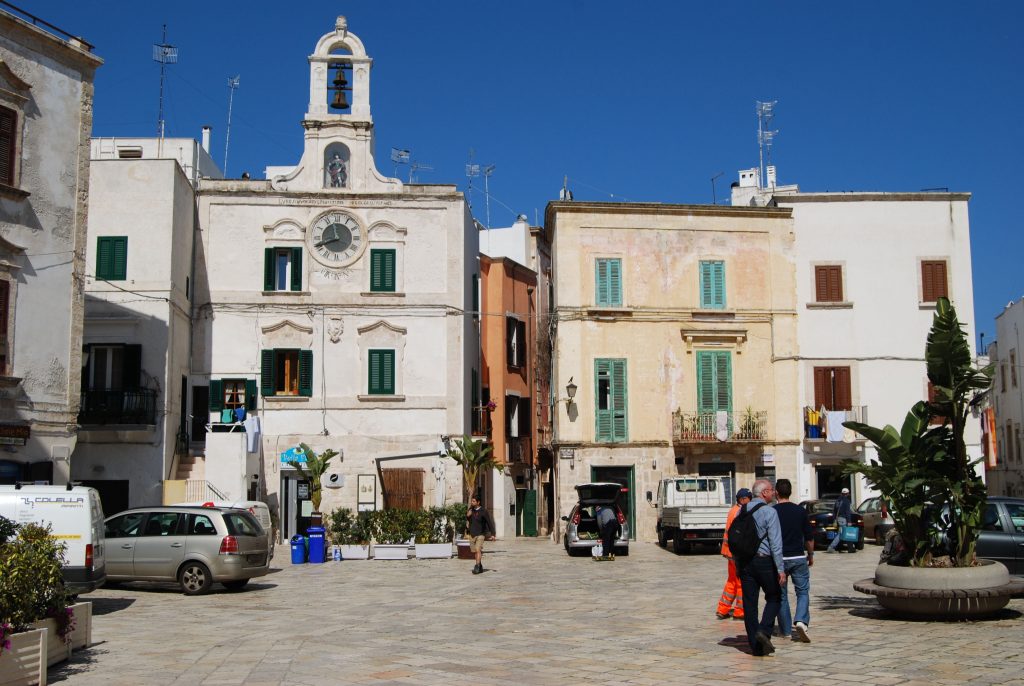 There are several caves in the cliffs of Polignano, including Grotta Palazzese which has been developed as a very exclusive restaurant (and now hotel).

Polignano is a pleasant place to spend time at any time of the year. In summer it is busy but not too crowded. At other times of the year it is quiet but with enough of interest for visitors. For a day out with lunch from Ostuni, or as a stop en route to/from Bari, Polignano is ideal.

However, in the last decade it has become famous as the most popular home of the Red Bull Cliff Diving World Series, where it has hosted events for six years out of the last 10 (including this year's 2018 finale, which takes place on Sunday 23 September - practice in the morning, men's and women's competition from about 11.30am, trophy presentation at 2.30pm). There are also practice sessions on the previous day.

For the divers, who include several Olympic standard competitors, this is the final event of seven held in various countries. They dive from 27 metre (men) and 21 metre (women) platforms, performing somersaults (we have seen five) and twists on the way down before entering the sea (5 metres deep in Polignano) feet first.

The couple of days of the cliff diving are when Polignano is very full. You can watch the diving freely from the cove and nearby vantage points, or from the many boats in the bay which host visitors. About 50,000 people turn up to watch. 2018 is a special year as a favourite for the event is World Championship Bronze Medallist Allesandro de Rose, who comes from Calabria. 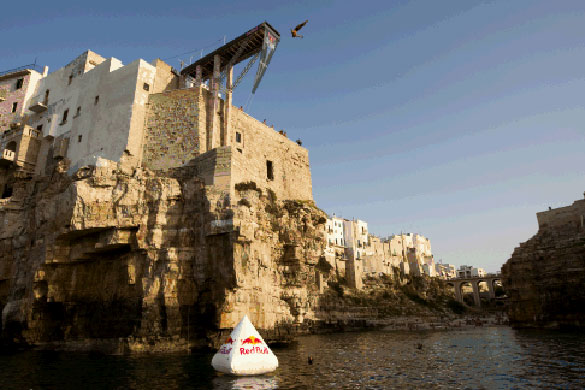 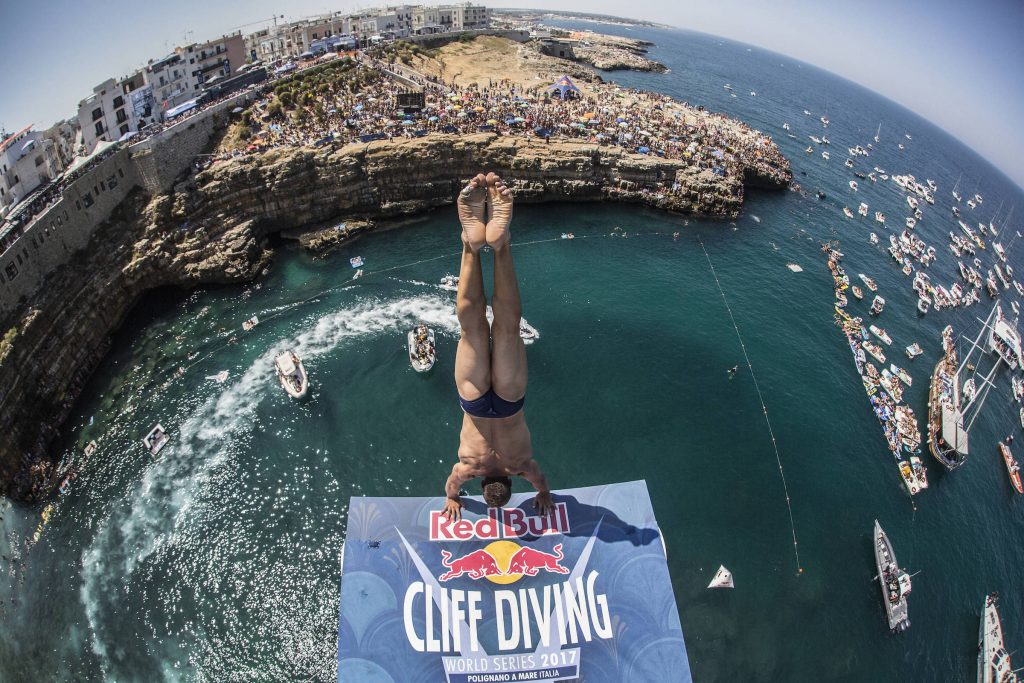 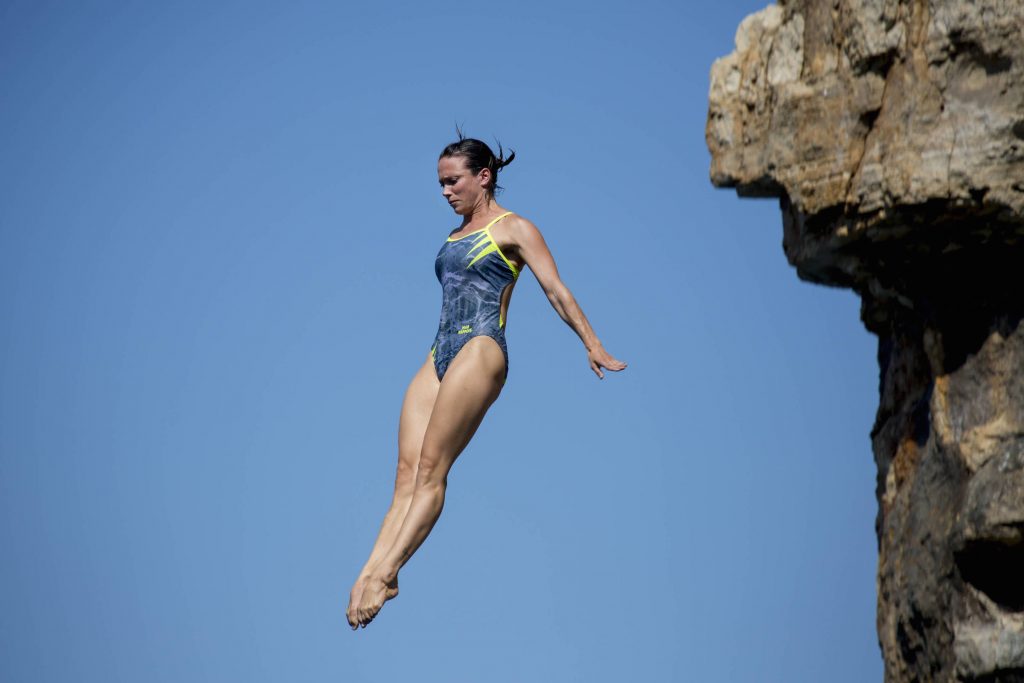 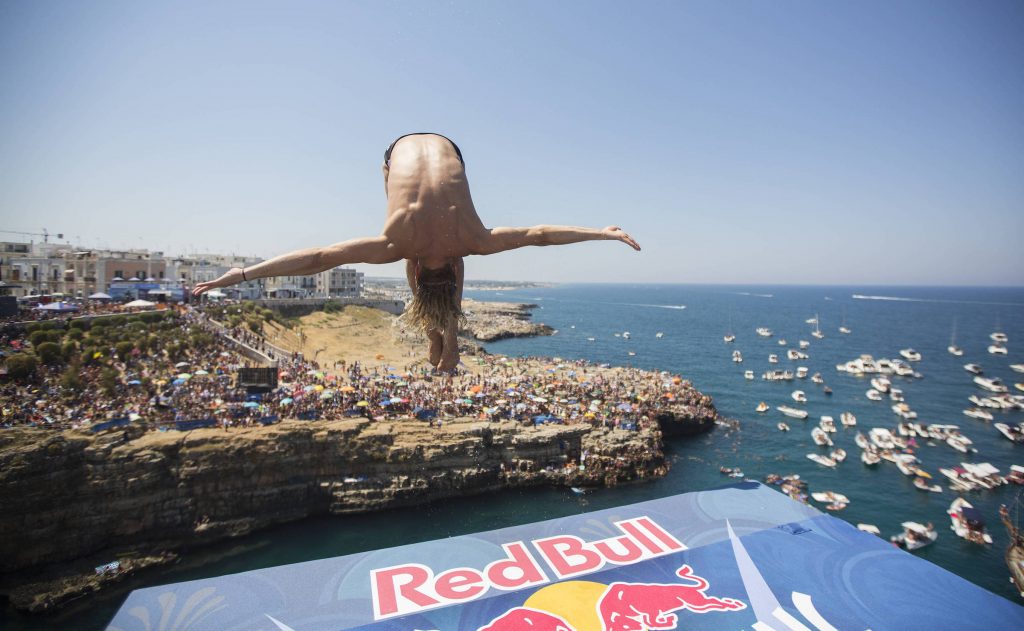 If you are interested in getting a feel for this event and of cliff diving generally, there are links below to a couple of videos.