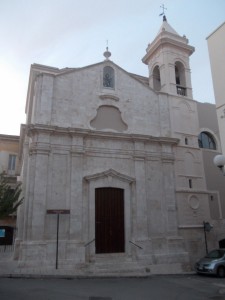 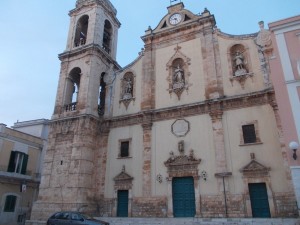 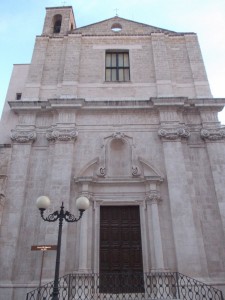 Palo del Colle, translating as “Pole on the Hill”, is located inland from Bari, just south of Bitonto. It sits on a hill 177 metres above sea level surrounded by flat plains. An Ancient Greek settlement, Palo del Colle's original patron, Hercules, was thought to have won a battle here. The town maintains a reputation of never having been defeated, even the Roman's left it to run its own affairs as a Municipality as it was deemed too difficult to capture.

Palo del Colle is focused around the Piazza Santa Croce - this is a pretty large open square surrounding by several of the town's most important buildings such as the Palazzo Filomarino, Chiesa del Purgatorio and Chiesa Madre whose 49 metre tall tower looks from a distance as if the town does indeed have a 'pole on the hill'! Inside the Chiesa Madre you will find frescoes and crypt dedicated to the Blessed Sacrament with its Corinthian columns and intricate carvings.

The town's main event is the Palio del Viccio, hosted at the beginning of March. A celebration of medieval history and culture, it includes a medieval market with crafts and foods, an exhibition of torture, and various street entertainment throughout the four days of the festival. The entertainment culminates in an unusual jousting competition where knights try to strike a water filled container (originally a turkey) suspended between two balconies on Corso Garibaldi.

Whilst Palo del Colle is an attractive town, unless visiting for the Palio del Viccio in March, it doesn't really demand more than a couple of hours to visit - the proximity to Bari makes it ideal as a brief stop off on the way to the airport in conjunction with some of the other towns in the area such as Bitonto.