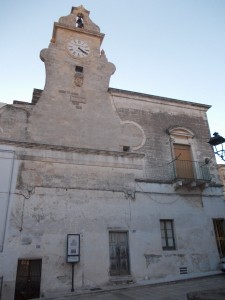 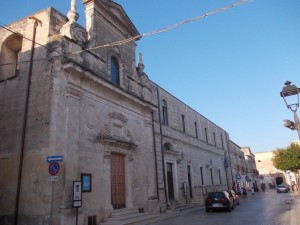 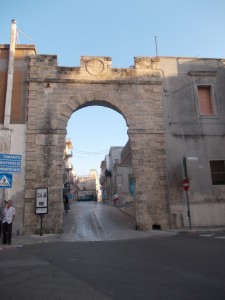 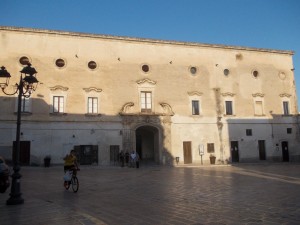 Montemesola is a town located to the north east of Taranto, half way between Grottaglie and Crispiano. There is evidence of cave settlements in the area dating back to Neolithic times, but it was not until the 13th Century that the town was firmly established. However, being caught up between the warring factions in the area over the following centuries, real growth didn't occur in the town until the 19th Century, fueled primarily by the success of local agriculture.

The old town area of Montemesola follows a different approach to many others in the region, discarding the usual narrow winding streets and rather following a more logical geometric design. There are a number of dramatic gates providing entrances to the old town and buildings of note such as the Chiesa di Santa Maria della Croce, and the Municipale, or town council building.

The Municipale was once the home of the Convent of Sacramentini, then became an elementary school, before finally housing the town council in the 20th Century.

If traveling around the area, Montemesola is worthy of a stop off to have a wander through the old town, there are a handful of cafes around to stop for a drink at.

The most celebrated event of the year for the town is the 'Gran Festival dei Baffi' - or 'Great Moustache Festival', which takes place at the end of July/beginning of August each year. The festival has been going on since 1965, when a local vet, Dr. Mario Carbonaro, went on holiday and returned with a moustache, much to his friends' disgust. After much teasing, Dr. Carbonaro dismissed his friends' opinion and stated that only women could judge whether or not the new facial hair suited him, and thus the idea behind the festival was born. Since then the festival has grown is reputation and entrants flock to the festival from all over Italy, and even further afield, as far away as Canada.