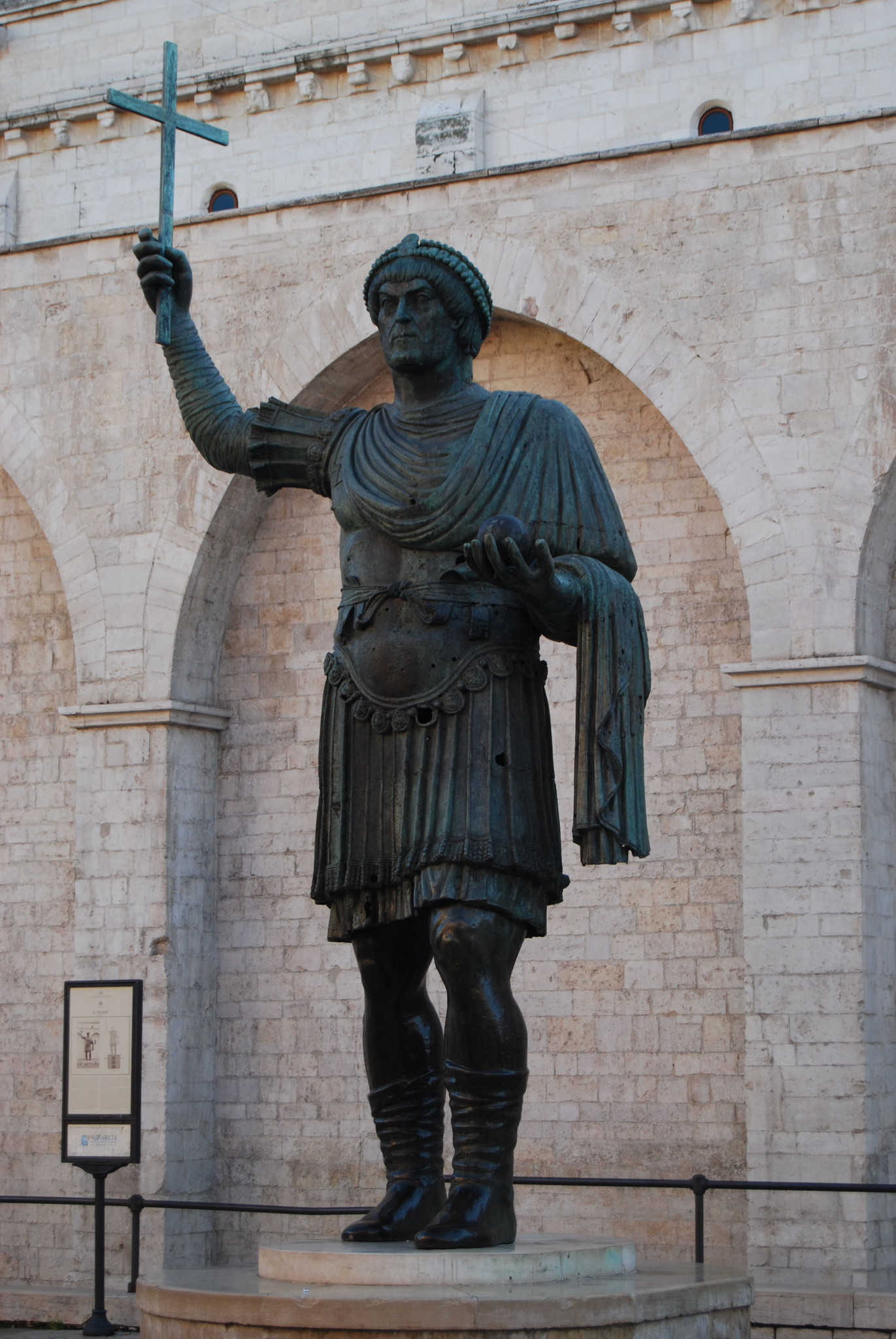 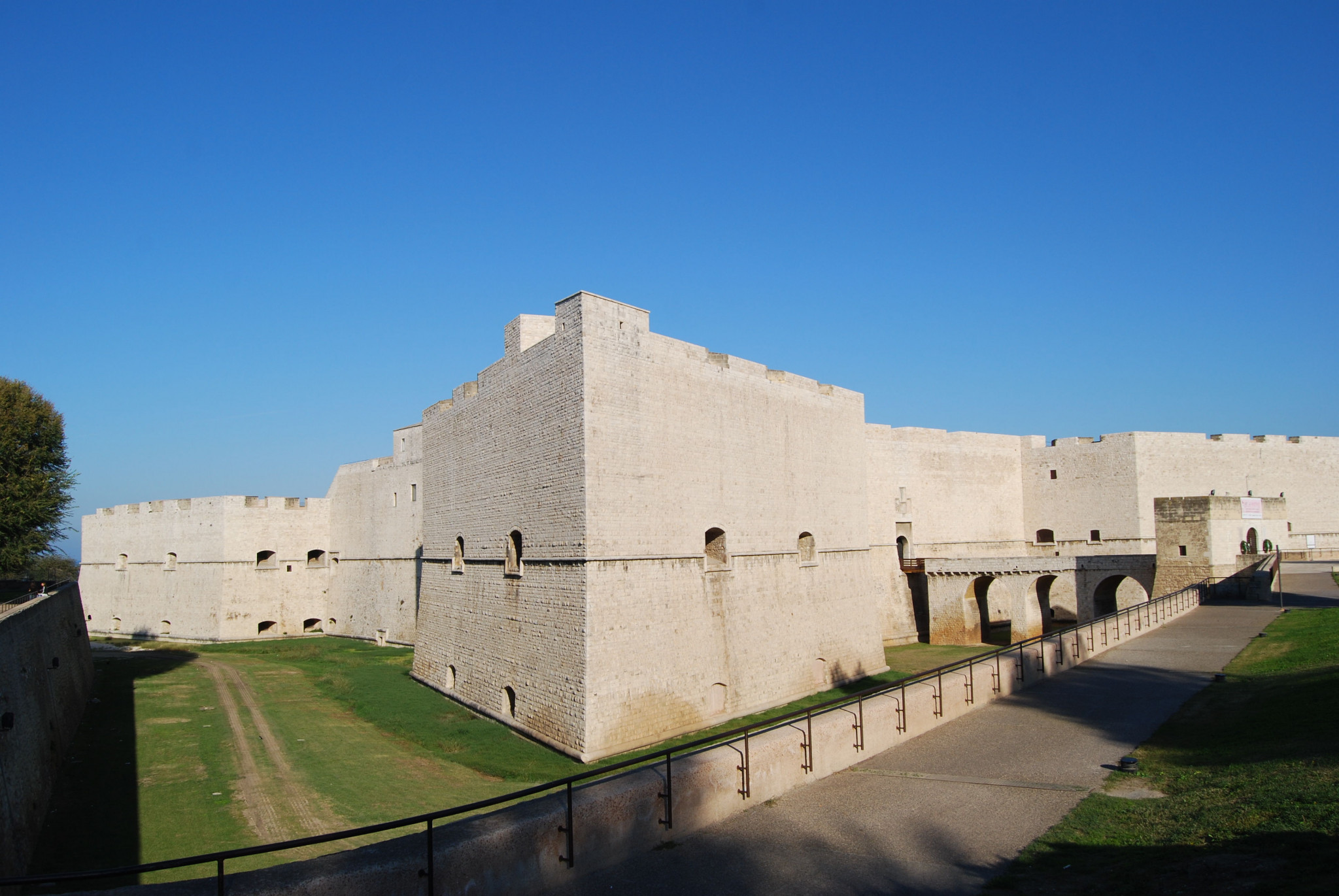 Barletta is about 50 km north of Bari. It is a large town (population about 90,000), a busy commercial and administrative centre rather than a tourist destination. It is next to the sea, but its port area is an industrial terminal, dominated by a cement works, there is no harbour or marina. Although there are beaches to the north and south of the central area with nearby car parks, these are not the most attractive beaches in the area.

But Barletta has a lot of history. Originally a Phoenician trading post, the city was known as Bardulos to the Greeks and Barulum to the Romans. A stronghold for the Normans, the city then enjoyed a period of prosperity in the 13th Century under Frederick II. A famous episode in Italian history took place in 1503, the so called Disfida ("Challenge") di Barletta, a tournament between 13 Italian and 13 French Knights following an insult - the Italians won, so this is celebrated each July with a re-enactment.  In 1943, Barletta was the site of the first conflict between Italian and German forces during World War II when German paratroopers were sent to destroy the port before the British arrived.

Barletta is a long trip from Ostuni, and we do not think it has enough attraction for visitors in itself to make the journey worthwhile (unlike nearby Trani). However, it is easy to reach by train. As well as being a stop for regional and intercity trains between Bari and Foggia, it is linked to Bari via the local Ferrovie Nord Barese (Ferrotramviaria) which runs from Bari  inland via Bitonto and Andria; it takes a bit longer on the local line, but if you have time we recommend using this, it goes through more attractive inland scenery.

If you arrive at Barletta railway station, walk straight ahead from the station beyond the fountain, go to the far side of some gardens just beyond this, then turn right along the busy Corso Garibaldi, which after a about 300 metres becomes pedestrianised and takes you into the narrow streets of the centro storico, to the cathedral and the castle. (Before you reach the pedestrianised section, you can head a few yards left along Corso Vittorio Emanuele to see the bronze statue know as Eraclio, probably the most famous of Barletta's attractions).

The cathedral, the Concattedrale di Santa Maria Maggiore, is a combination of Romanesque and Gothic architecture, built in the 13th and 14th centuries on earlier catacombs. Ferdinand I of Aragon was crowned king of the Kingdom of Naples here in the cathedral, on 4 February 1459. The catacombs and the cathedral are usually open to the public. It is difficult to get a good perspective on the complexity and scale of the structure from the front, where it is hemmed in by the other cirty centre buildings. (Aerial photographs reveal how impressive this building is). However you can get a better view from the other side where there are some gardens. 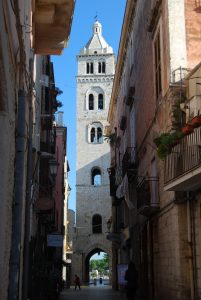 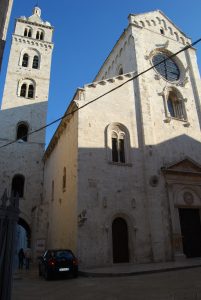 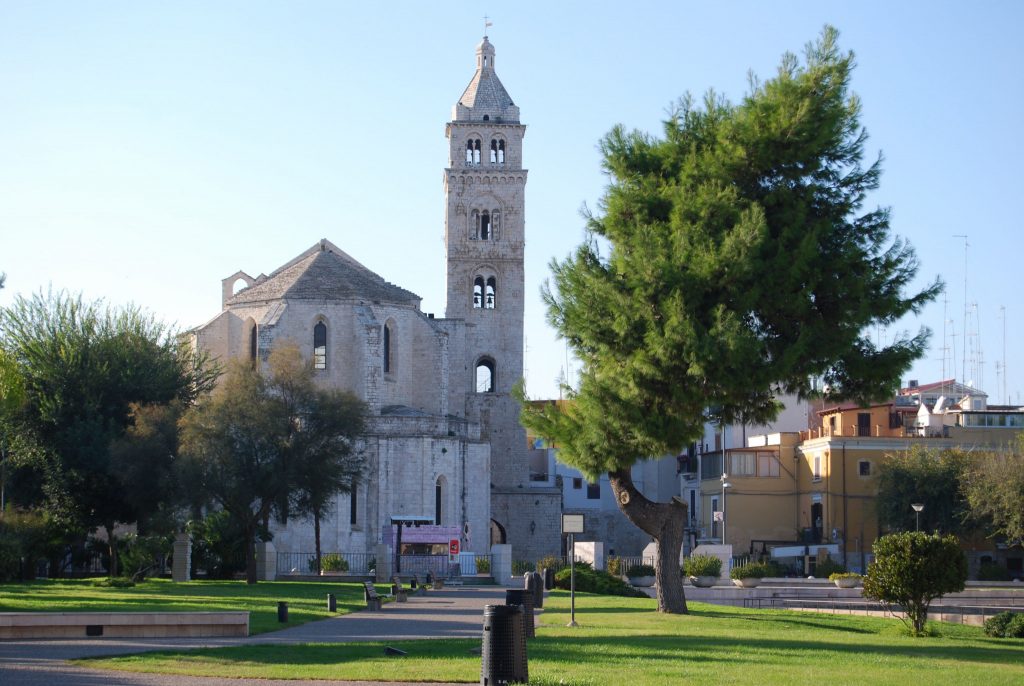 The nearby castle, another of Frederick II's Puglian fortresses built on the site of an older motte and bailey, is an almost perfect square structure with four large corner bastions and a deep moat. You can pay 4 euros to go inside, but the basics can be seen by walking around the outside. The castle is flanked by attractive gardens named after the seven Cervi brothers who were members of the Italian Communist resistance movement, executed in 1943. 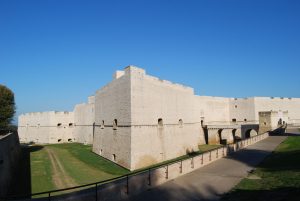 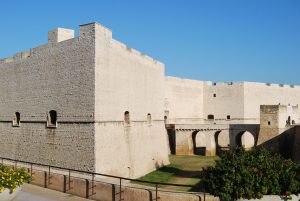 In a short visit to Barletta, you might just look at the castle and cathedral and stroll around the nearby streets of the centro storico, where there are several places to eat and drink.  However, we suggest three other places of interest you may want to look at.

Five minutes walk northwards from the cathedral, in Via Cialdini, is Palazzo della Marra, a 16th century aristocratic residence now used as the Pinocoteca di Nittis, an art gallery featuring the work of local 19th century impressionist artist Guiseppe di Nittis, as well as other works from his collection left to the city by his wife. If you are interested in Impressionists, then this is for you (closed Monday afternoons, entry 9 euros). But a free peep inside the palazzo is well worth it, with its high internal courtyard, staircases and  entrance with a frescoed ceiling. 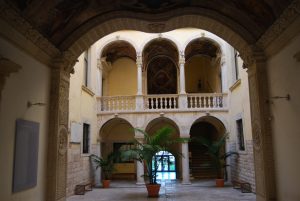 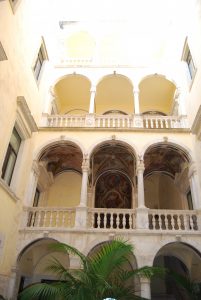 Off Corso Garibaldi is Corso Vittorio Emanuele, where you will encounter the bronze statue Eraclio, outside another important church with connections to the Knights Templar, Basilica del San Sepolcro. The statue is 5 metres high, and is said to be the largest bronze statue in the world. It is of Roman origin, and appears to be of an emperor, but nobody knows for sure. There are various theories as to its origins and how it reached Barletta, all elaborated on a useful information board next to it. 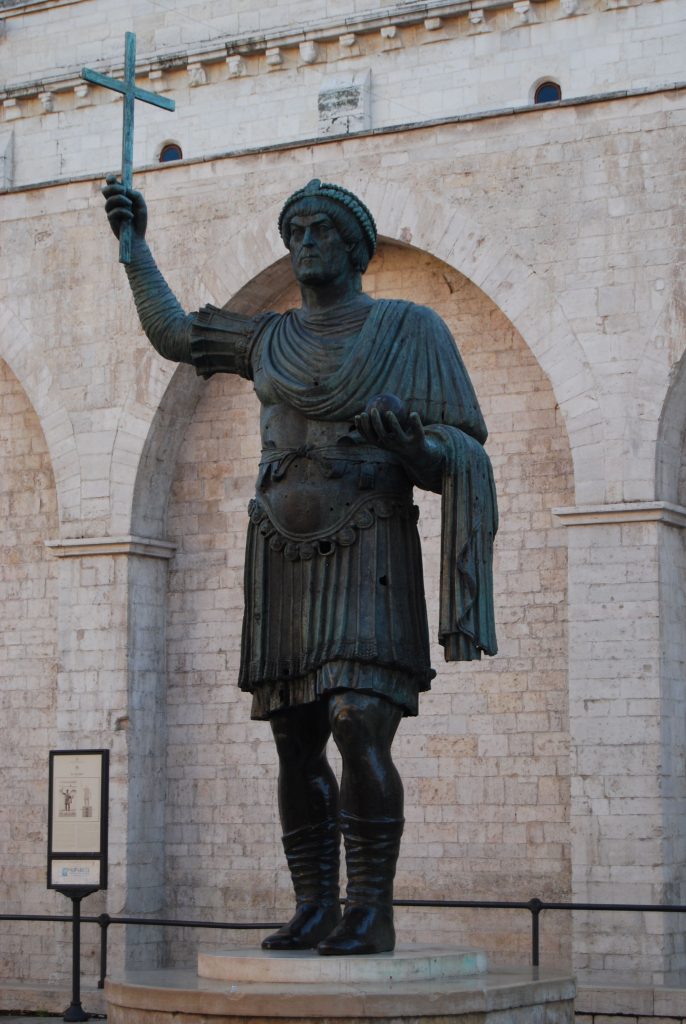 A little further along Corso Vittorio Emanuele is Barletta's Teatro Curci. This small (600 people) theatre is a miniature version of the baroque theatres elsewhere in Italy - it is usually compared to the San Carlo in Naples. Get a chance to look inside or go to a performance if you can. 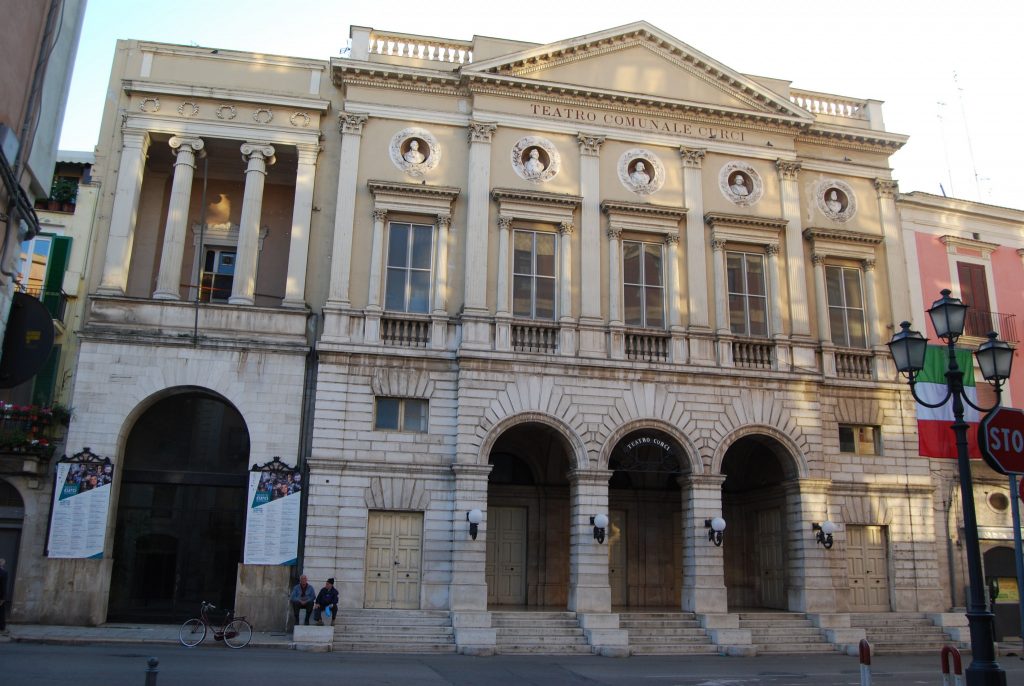