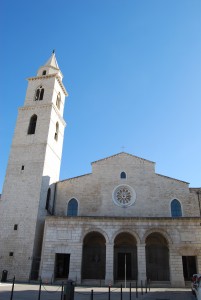 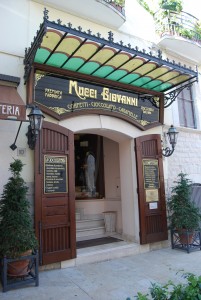 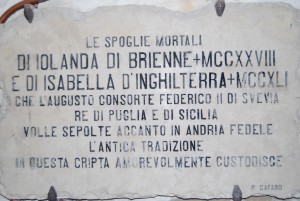 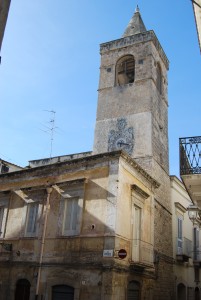 Inland and south of Barletta is the city of Andria. Its origins are unknown, but in the 10th century it was expanded and fortified by the Normans, gaining its city status. In recent years it has become one of the three administrative cities within the newly created Puglian province of Barletta-Andria-Trani.

A big commercial city with a population of about 100,000, its central area contains some important churches with significant historical associations, as well as other places of interest to visitors. It is the nearest big town to Castel del Monte, and in summer there is a direct bus service from Andria station to this World Heritage site.

Andria is close to the autostrada, and so makes a convenient stopping off place for anyone driving to/from Ostuni. It is also accessible by rail using the efficient and comfortable Ferrovarie Bari Nord (Ferrotramviaria) between Bari, Bari airport and Barletta. However, if you are looking for a place to visit en route to/from Ostuni, we unhesitatingly suggest Trani as a better option than Andria; unless you have special interest in baroque church interiors, Frederick II's wives or sweets/chocolate, where Andria definitely scores.

The centro storico of Andria is encircled by roads following the line of the old walls. It covers quite a large area. You really need a map to find your way around, so we suggest you head for the main square, Piazza Vittorio Emanuele II (also known as Piazza Catuma), the location of a Tourist Information Office (run by the province) where you can get a useful map of the centro storico with the main sights indicated. If you arrive by train, look for the statue of a soldier with a bicycle outside the station, turn left and walk for about 200 metres to reach a garden, then turn right into Corso Cavour which takes you right to the piazza, about 10 minutes walk.

Andria does not promote itself to tourists very well; few of the buildings have the useful information boards outside which are standard in most of Puglia. The central area has narrow streets, but is essentially a residential and commercial area, with hardly any pedestrianisation. The main sights of historical/cultural interest are a series of churches dotted around the city, their campaniles creating an impressive panorama from a distance. Many churches have especially fine baroque interiors, altars especially, so if you get a chance to go inside, take advantage (they are not always open, especially in the afternoon).

The main church is the Duomo d'Andria, la Cattedrale di Santa Maria Assunta. This was mainly built in the 11th and 12th centuries in Romanesque Norman style, but was extensively modified in later centuries, and renovated as late as 1916 following a fire. It is open 9.30am-12.30pm (except Mondays). Of particular interest is the 7th century crypt, which contains the remains of Isabella of England and Jolanda of Brienne, wives of Frederick II. The crypt is entered via a stairway inside the cathedral. If this is roped off, just find someone to ask and switch on the lights, it is open to the public. However, although the crypt is worth seeing, the actual tombs are not elaborate, just indicated by a plaque. 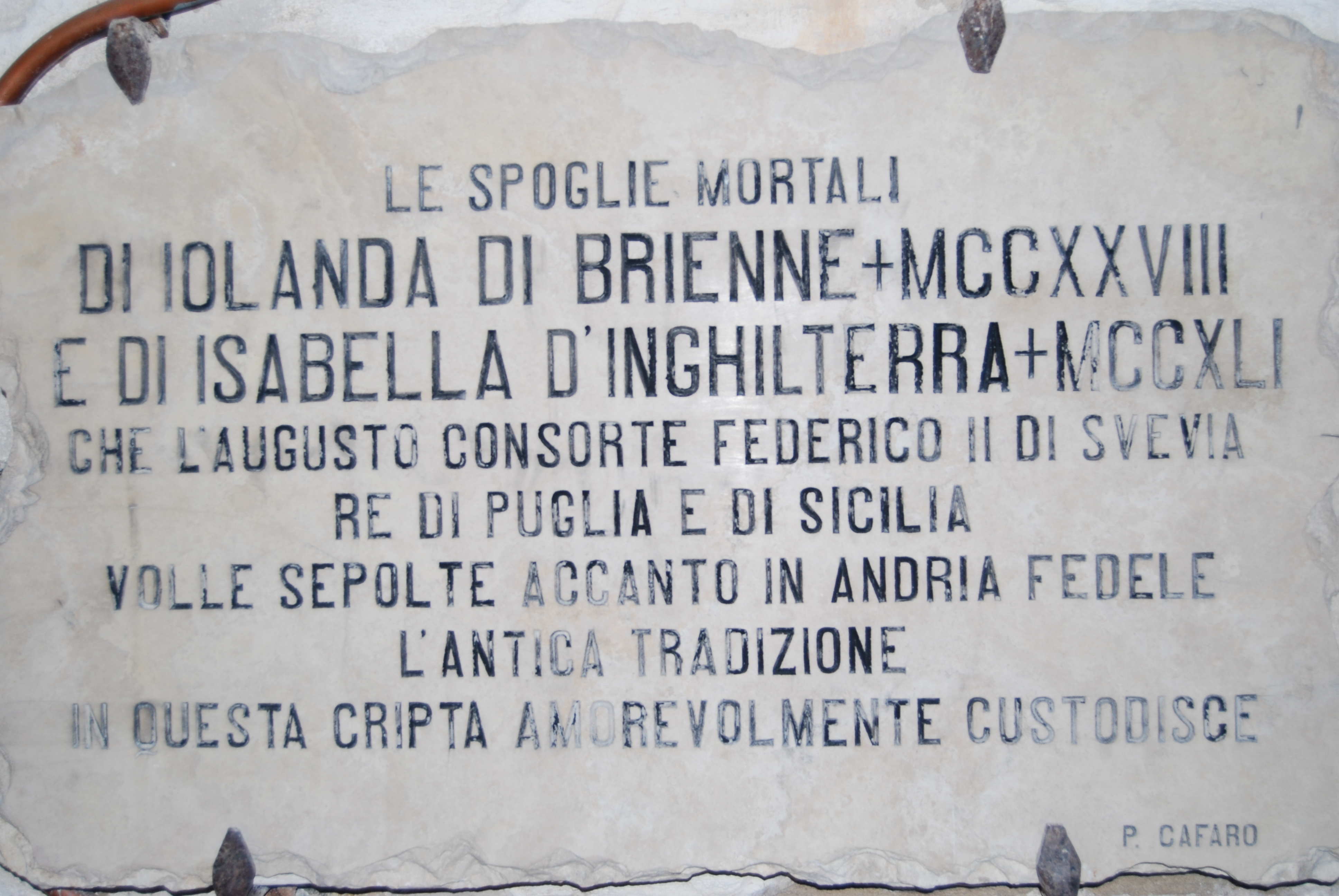 La Chiesa di San Francesco was built in the 13th and 14th centuries in Gothic style, but with the interior decorated in baroque style in 1700 and the campanile built in 1769.

La Chiesa di Sant' Agostino is a Romanesque church built in 13th century, with an interesting 14th century Gothic doorway. The internal decorations are the most elaborate we have seen in Andria.

Non religious buildings of interest include a 14th century clock tower; la Porta San Andrea, an 11th century gate to the old city; and (adjoining the cathedral) the Renaissance style Palazzo Ducale, the ancestral home of the Carafa family, the Dukes of Andria.

A particularly interesting place in Andria is the traditional confetto (confectionary) and chocolate shop of Giovanni Mucci located opposite the cathedral. Founded in 1894, the business continues with very traditional methods and secret recipes, and has won awards as the very best chocolate/sweet producer in Italy. The shop doubles up as a museum (Il Museo del Confetto), using the basement where production originally took place. Go into the shop, mention the museum, pay 2 euros per person and the staff will treat you to a description of the products (with samples) and a guided tour of the small museum (it takes 30-40 minutes in all). You don't have to buy anything from the shop, but it must be a rare visitor who doesn't. This is the one place in Andria which does promote itself to visitors -there are many direction signs for Il Museo di Confetti, follow these and you will reach the cento storico. 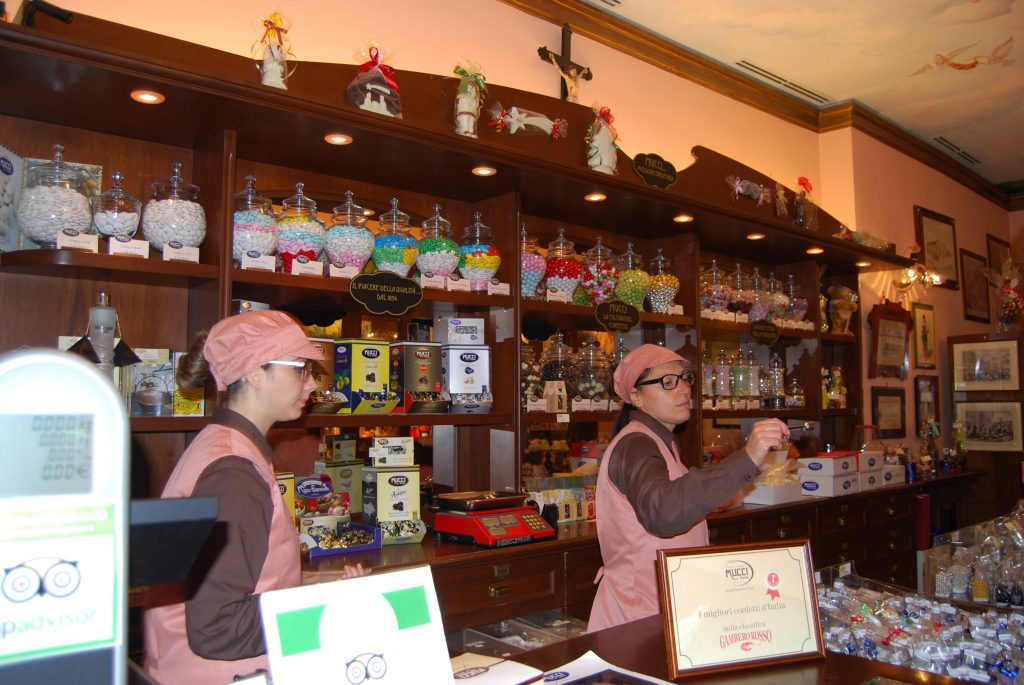 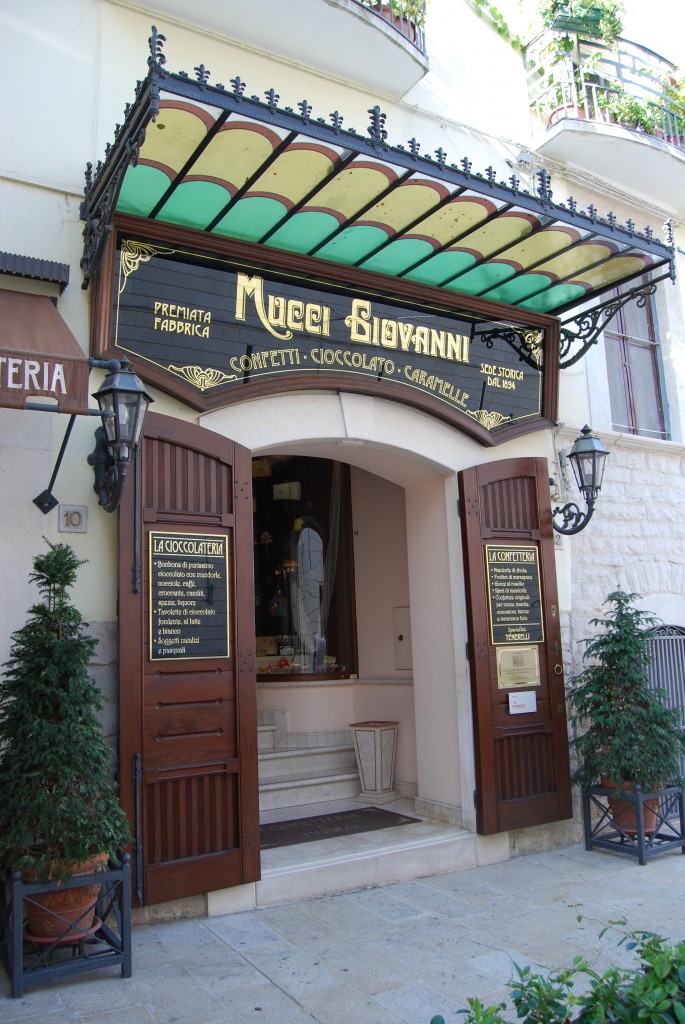 On the outskirts of Andria is one of its most well known churches, Santuario di Santa Maria dei Miracoli. This is a complex of three churches – the rocky Church of Santa Margherita; the frescoed Church of Crocifissione; and a 17th Century basilica.

The Fiera d'Aprile, the Fair of April, is the city's main event, starting on the 23rd April and lasting until the 30th. The fair originated as a celebration of the discovery of the bones of the city's patron, St. Richard, but today is a bustling exhibition of local craftsmanship and food produce, with historical re-enactments.