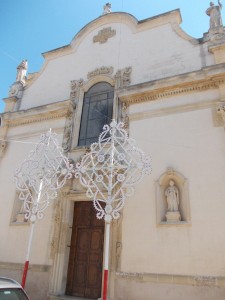 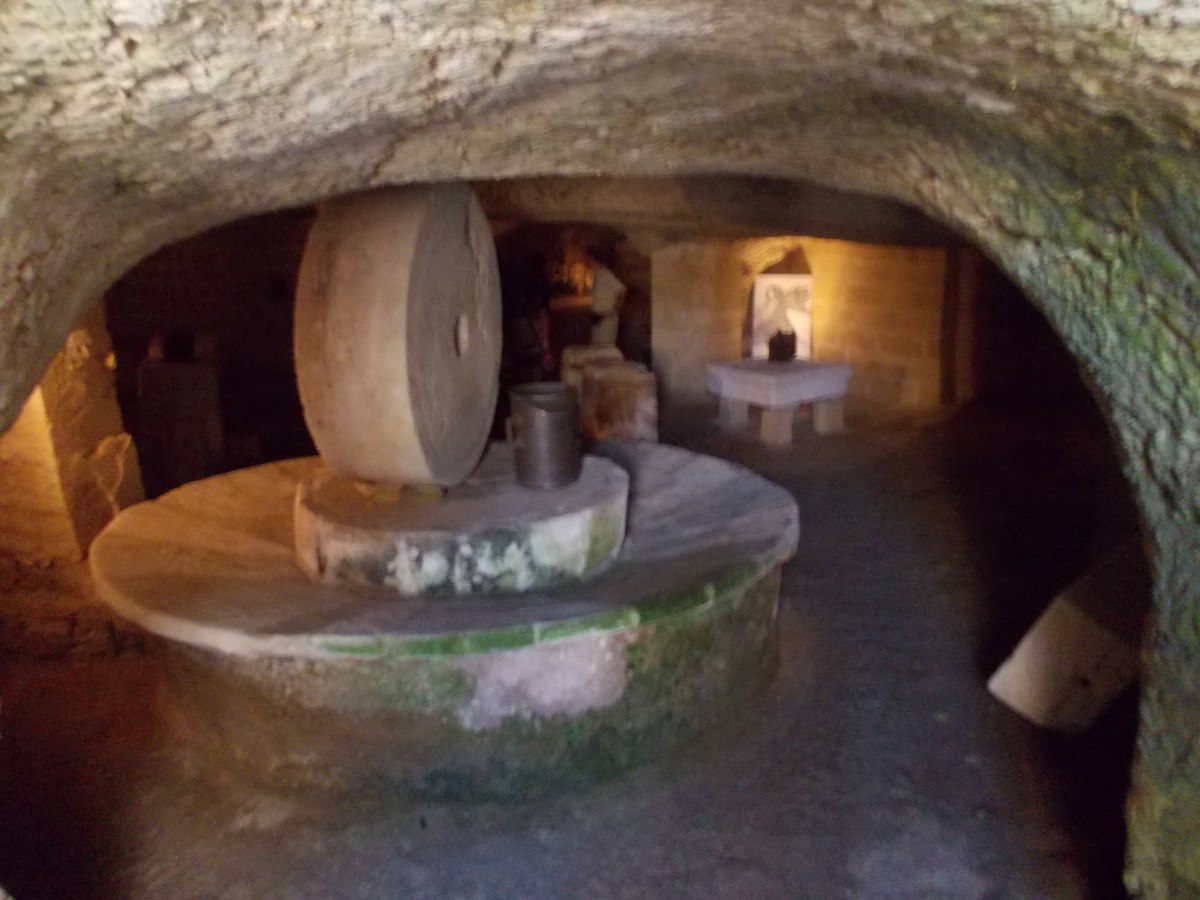 We definitely recommend a visit to the small town of Specchia, which lies inland a few miles to the north of the very tip of the Salento Peninsula. Specchia is justifiably  known as "The Jewel of the Southern Salento".

Although there have been settlements located here for many centuries the name Specchia derives from the term used for dry stone walls constructed in the local Bronze Age, it was not until the Middle Ages that the strategic location of the village meant that a castle was constructed along with protective town walls, and the location became of real significance for the first time.

During the early 15th Century Specchia was caught up in the bloody battles over the conquest of the Kingdom of Naples, being captured and destroyed. It was not until the end of the 15th Century that the town was repopulated and the castle and walls repaired.

Today, Specchia boasts one of the most attractive old towns in the Salento, if not Puglia itself, with well-preserved buildings, pleasant squares and narrow streets. Surprisingly perhaps for such a small town (population about 5,000), the very active local council has managed to attract significant money from Unesco and the European Union to finance local revitalisation and tourist promotion initiatives. These include getting rid of most overhead electricity wires and restoring traditional paving in the centro storico.

Since 2004 the town has been recognised with accreditation within the prestigious "I Borghi più Belli d'Italia" or "The Most Beautiful Villages in Italy" scheme. It has also received the "Forest for Kyoto" Prize twice, for being an environmentally progressive community. Unusual features include researching and using traditional local recipes and local foodstuffs. These may have some effect on health - when some of our family visited in October 2015 the whole town was celebrating the 100th birthday of a local lady!

The focal point of the old town is the Piazza del Popolo, a good sized square that hosts the main town events. On one side of the piazza is the Chiesa Matrice, built in the 16th and 17th centuries on an older foundation, with impressive architecture both inside and out. Attached to the church is the clock and bell tower that can be seen from the surrounding countryside and is beautifully illuminated at night.

On the other side of the square is the Palazzo Protonobilissimo-Risolo - originally the town's castle (it is sometimes referred to as Il Castello) which was extended and modified from the late 15th Century through to the 18th Century. Its present appearance mainly results from modifications made by Desiderio Protonobilissimo, a local prince; statues of him and his wife Margherita Trane can be seen above the main door. It subsequently passed into the ownership of the Risolo family, but part of it is now owned by the Specchia commune, housing an important reference library and the town's tourist information centre.

The centro storico is small, clean and neat. It contains a number of attractive churches and buildings, including  underground olive oil presses, open in the summer, tours available at other times of the year by arrangement. Buildings of particular note include the Chiesa dell'Assunta and the Convento dei Francescani Neri (the "Black Friars").

Specchia has a fantastic feel to it, with especially friendly residents. A stroll around the streets of the old town is a very relaxing experience, the town has really made the most of its architecture and is spotlessly clean and well cared for. The centro storico can be "covered" easily in less than a couple of hours, so it is ideal for a coffee or lunch stop if touring this area. However, relatives have also stayed in Specchia and used it as a base for visiting other places in the Salento (we can recommend accommodation if required).

A car is pretty much essential here. Specchia is poorly served by train/bus services. However, it is not impossible to reach it, we do have some experience of public transport in the area. There is a station called Montesano-Miggiano-Specchia on the local railway Ferrovaria Sud Est (FSE) between Lecce and Galliano del Capo. However, this is well outside Specchia, and there are no facilities or taxi availability. Unless you have arranged to be picked up there, we would advise going to the next station, Tricase, which is not much further away, and from there you will be able to get a taxi more easily There s a very limited summer bus service between Specchia and Tricase but we have no experience of this or how reliable it might be - at first sight it looks like the buses are not especially regular or frequent.

For a coffee stop, try the cafe and pasticceria Martinucci on the main street (Via Umberto 1) close to the main piazza. Martinucci is now a large scale international business, but it started in and is still based in Specchia. It specialises in pasticiotti, and sells many varieties here; you can see the baking taking place in the shop behind a glass screen. Other options are the tiny Cafe degli Artisti on a corner at the end of Via Umberto 1, which has a few seats outside. Or Le Mille Voglie, a larger cafe/pasticceria with a wide range of mouthwatering possibilities as well as good coffee; this is a few steps along Via Roma, a tree lined avenue leading away from the centre, it has an external seating area plus a garden at the rear.

For eating, there are a few options, including a couple of pizzerias on the main street. Family members have tried the small Trattoria La Bettola on the main street, linked to the macelleria (butcher shop) of the same name - so not surprisingly this specialises in meat dishes, as well as fabulous antipasti. Just round the corner from the Chiesa Matrice, opposite the main Frantoio Ipogeo, is Trattoria da Coppuledda; this offers a more traditional range of dishes, including fish and top quality pasta. In both cases the owners prefer the term "trattoria" to "ristorante"!

There is a helpful tourism information centre in Piazza del Popolo, open 9.45-12.00 and 17.00-20.00 every day; you can get a leaflet (including one in English) with a map of the old town and brief guide to the main sites. Specchia is busy with visitors in the July/August period, but not as much as the nearby coastal towns. At other times of the year it is fairly quiet. Nobody visiting Specchia will regret it; somewhere a little bit special even in this wonderful area.