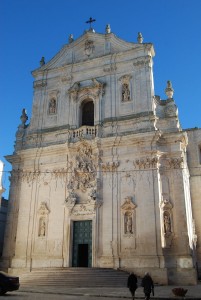 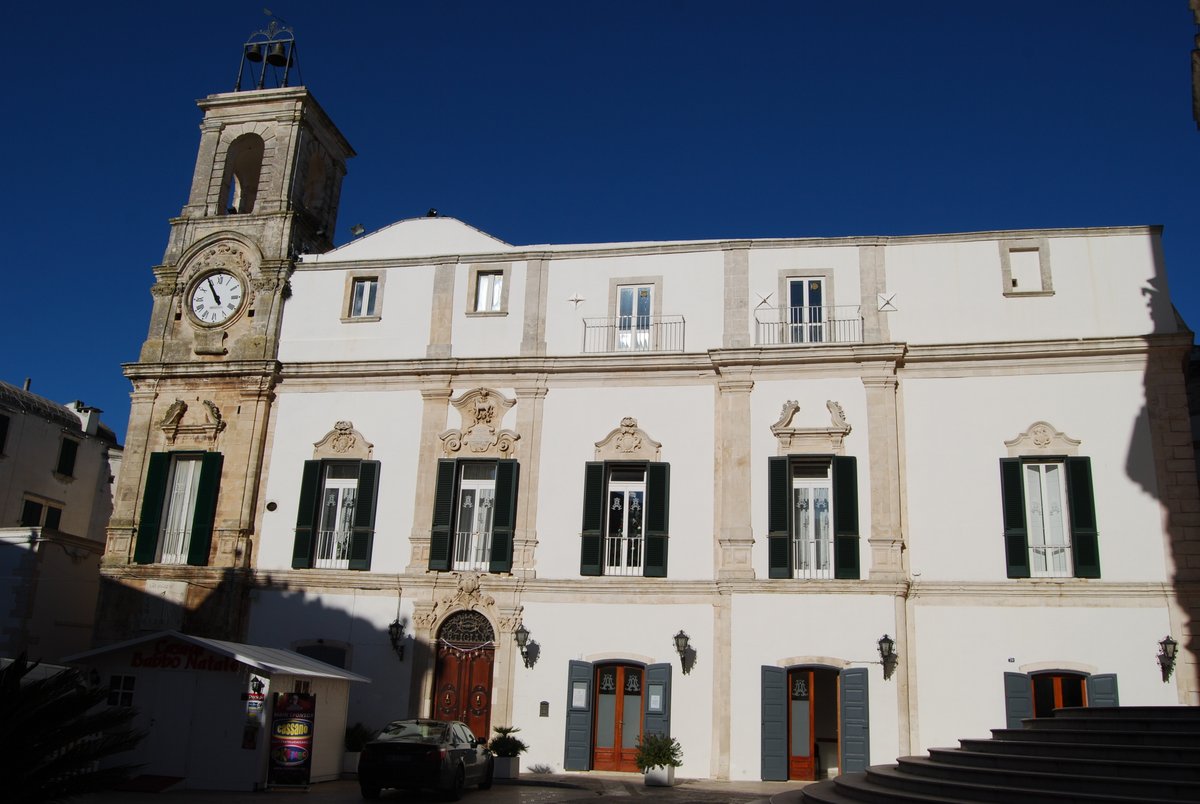 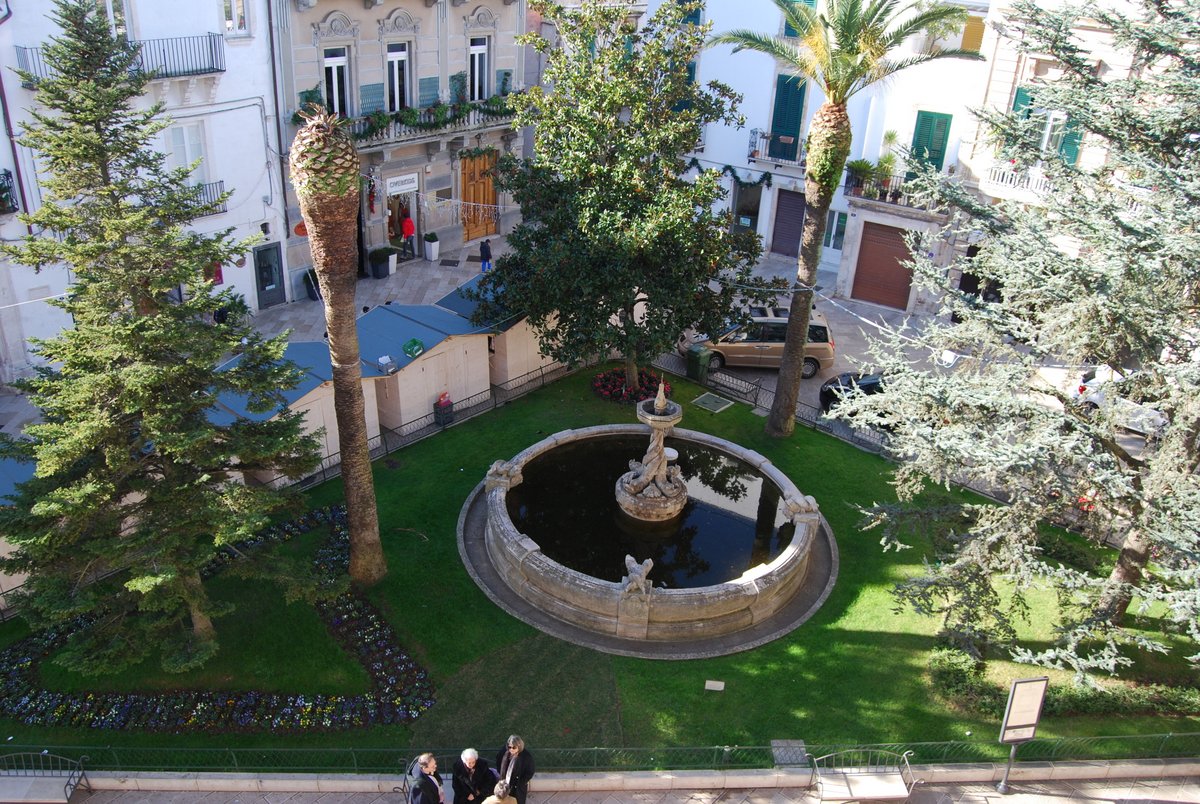 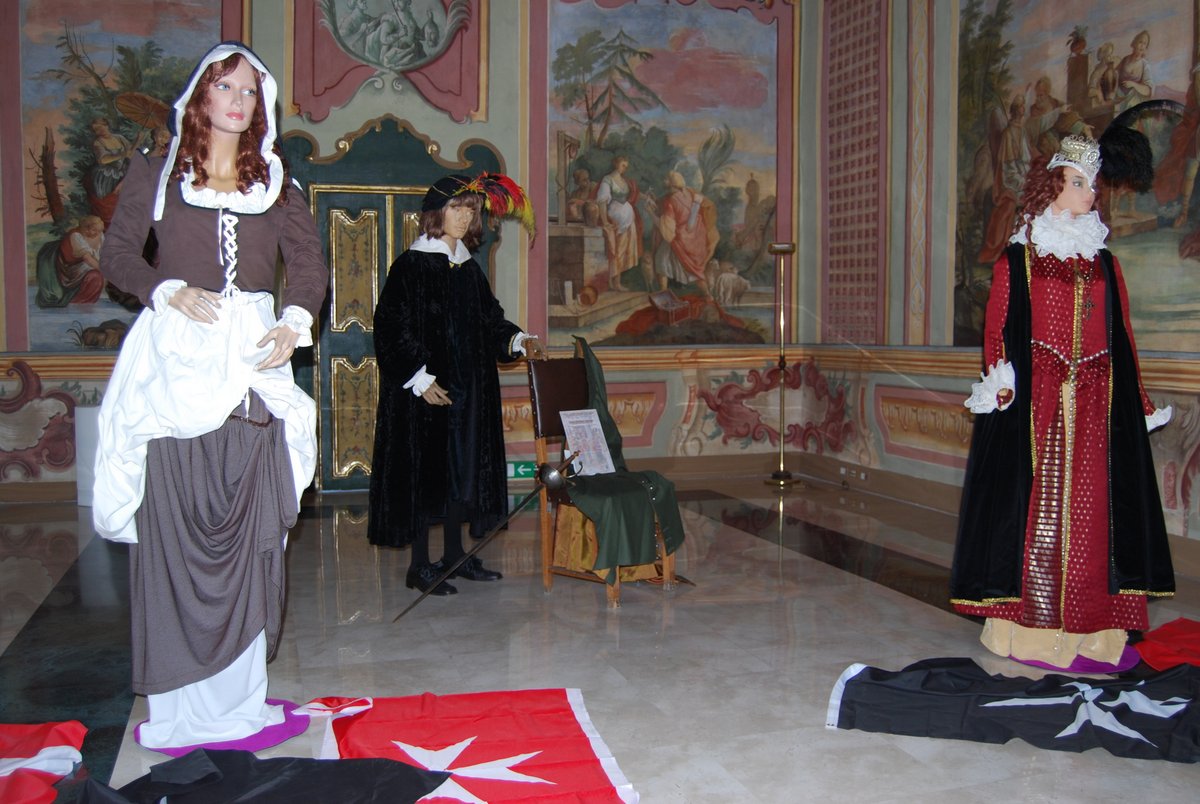 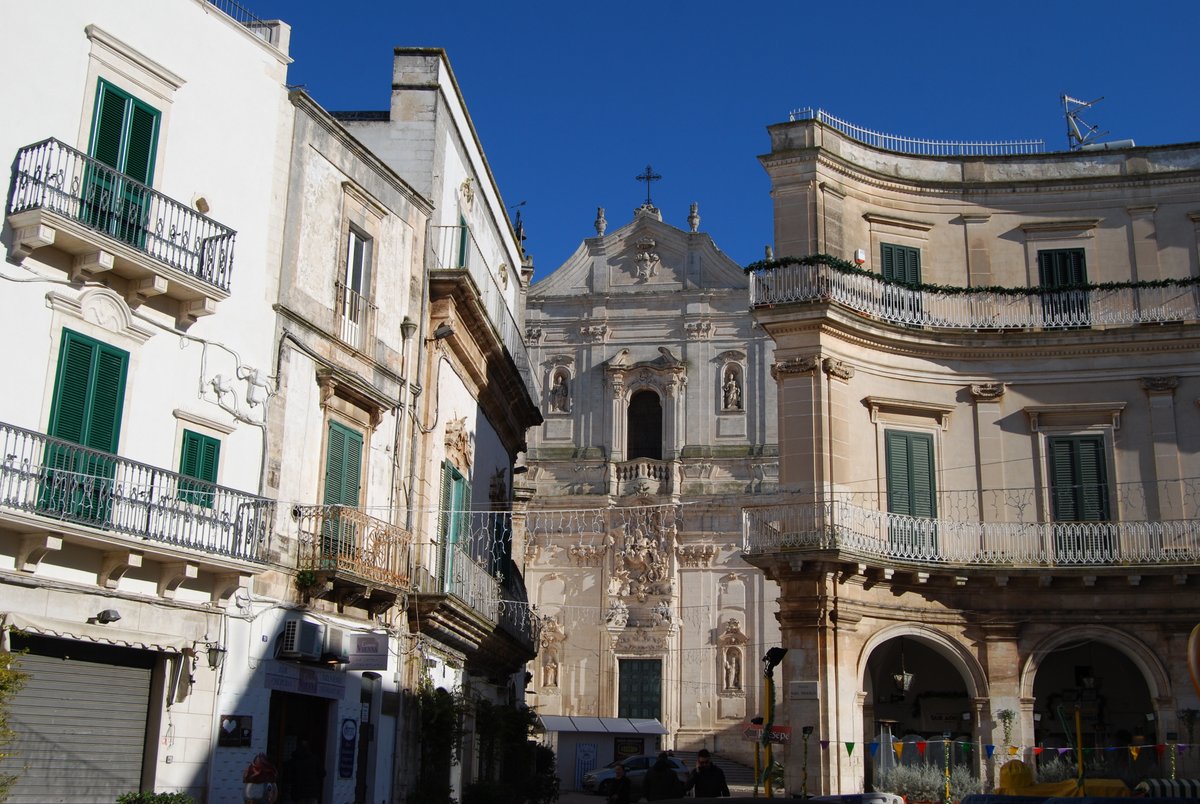 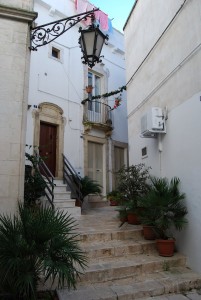 Martina Franca has a population of about 50,000, so it is one of the bigger towns in the region and significantly bigger than its various neighbouring towns. Most of the population live in rather unattractive residential blocks which fringe the hill on which the old city is located.

It was (and still is) a prosperous town (NB the Franca, as in Francavilla further south, signifies royal tax concessions which helped build its economy). Rich inhabitants and the nobility built decorated churches and ornate palazzi with elegant frontages, wrought iron balconies, and decorated doorways. It is this combination of baroque architecture and narrow winding streets which gives the town its special character.

The old city was a fully walled town until after the unification of Italy in 1861. The walls have long gone; however four Renaissance and Baroque gates still exist, effectively delineating the old town from the more modern 19th century part of town, which also has some fine buildings and a park. The baroque Porta di Santo Stefano (also known as Arco di Sant'Antonio) is the most impressive.

Martina Franca is about 45 minute drive from Ostuni, and can easily be visited in combination with its more famous neighbours such as Alberobello and Locorotondo - or en route to and from the airport at Bari. We have been to Martina Franca frequently. It is possible to park on the streets around the centro storico, but there are also a number of car parks, almost all of them on the east side of the centre. So if driving from Ostuni or Ceglie, look out for somewhere to park soon after you have got to the top of the hill and doubled back towards the central area. There is also a rail service which connects Martina Franca with Bari, the railway station is downhill from the centre.

Driving in is all uphill until you arrive in the middle, but the centro storico itself is mainly level, with no steps to speak of, so ideal for just wandering around. The usual narrow streets are of a somewhat superior construction than normally encountered. Martina Franca is noted for its baroque feel, and boasts grander buildings than other historic city centres.

Unless you are a real baroque specialist, it is possible to see the sights here quite quickly. The centro storico is ringed by busy shopping streets, and there are lots of places leading off these into the core. However, the most imposing way in is from the wide, tree-lined expanse of Piazza XX Settembre, through the baroque Porta di Santo Stefano (one of the four gates). This gate divides Piazza XX Settembre (actually a pleasant boulevard, site of a Christmas market in December) from the intimate Piazza Roma - which is hardly a piazza, more a triangular garden framing the entrance to the Palazzo Ducale. Just outside the Porta di Santo Stefano is a tourist office, with a map of the centro storico displayed (and copies available inside if it is open) - this contains a lot of information and also shows some simple walking routes, but we have not found out what makes them distinctive. Also next to the Porta di Santo Stefano and the tourist office is the Caffe Derna which serves excellent coffee and pastries.

Beyond the arch it is a short walk through the narrow but very elegant Via Vittorio Emanuele (this contains some interesting specialist and artistic shops) to Piazza Plebiscito, the true heart of the town and backdrop to its masterpiece, the Basilica di San Martino. The intricate, sandy-coloured baroque façade is extremely fine, especially when illuminated by the evening sun. The adjoining Piazza Maria Immacolata is half enclosed by a portico in which is the restaurant I Due Agnelli, a popular place to eat and drink right in the heart of the city.

The most important non-religious building is the Palazzo Ducale, with its entrance on the right as you walk through the Porta di Santo Stefano. If this is open, do not miss going inside and up the stairs (free entry). There is a long gallery of partially restored rooms along one side of the building, with displays and temporary exhibitions - you can spend as little or as long as you like on these. But the best thing is that you can walk along the whole length of the external balcony looking down onto the gardens and fountains of Piazza Roma. The Palazzo Ducale was the seat of the Caracciola family who dominated Martina Franca for many years in the eighteenth century; they probably looked down from the balcony as well, so you get a chance to feel aristocratic. There are also some good views over the town and the surrounding area, not much good for photography though unless you are keen on tall television aerials.

The Palazzo Ducale also houses the city council chamber and a museum on local wildlife and conservation. Its large internal courtyard plays host to the “Festival della Valle d'Itria” every July and August, with a series of operatic performances. The festival aims to showcase obscure, rarely performed works or original versions of well known operas.

Martina Franca is also the traditional home of 'capocollo', a pork salami marinated in wine and herbs, settled for 15 days, then smoked and left for 3 months to age. There are many outlets selling this delicious fare around the old town, a real taste of the region.