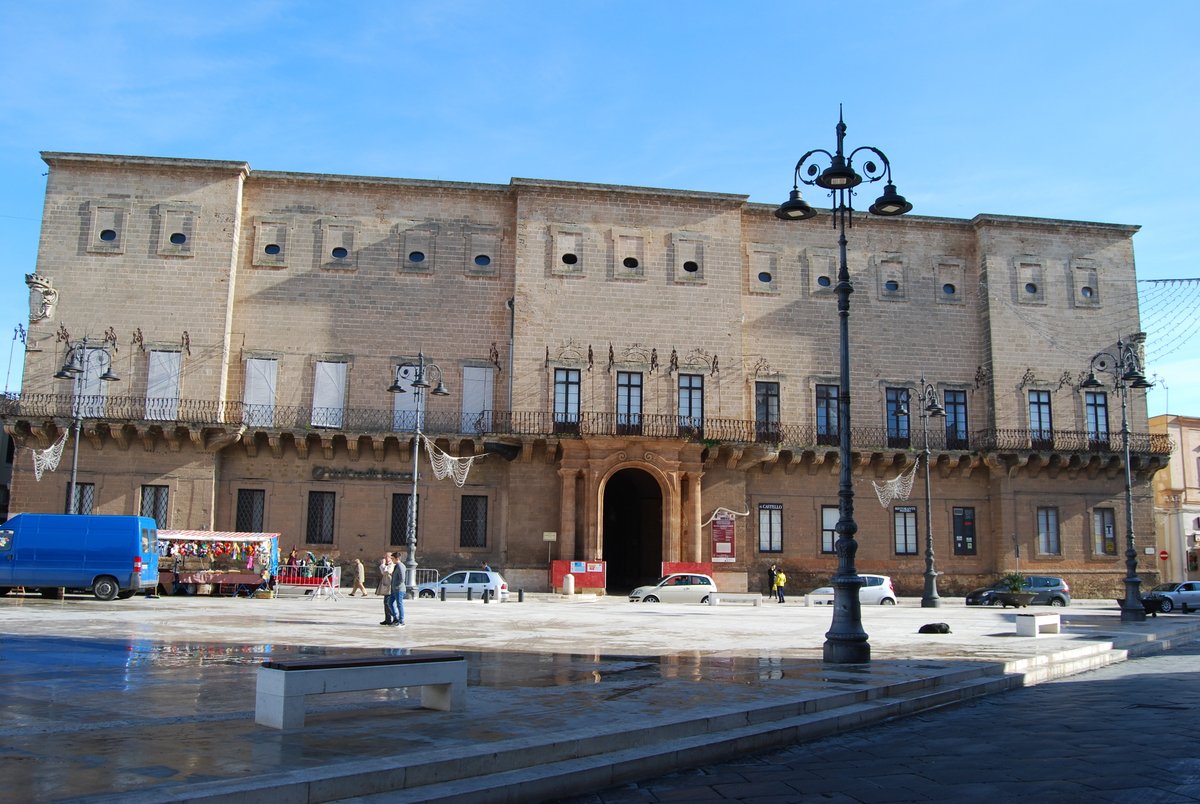 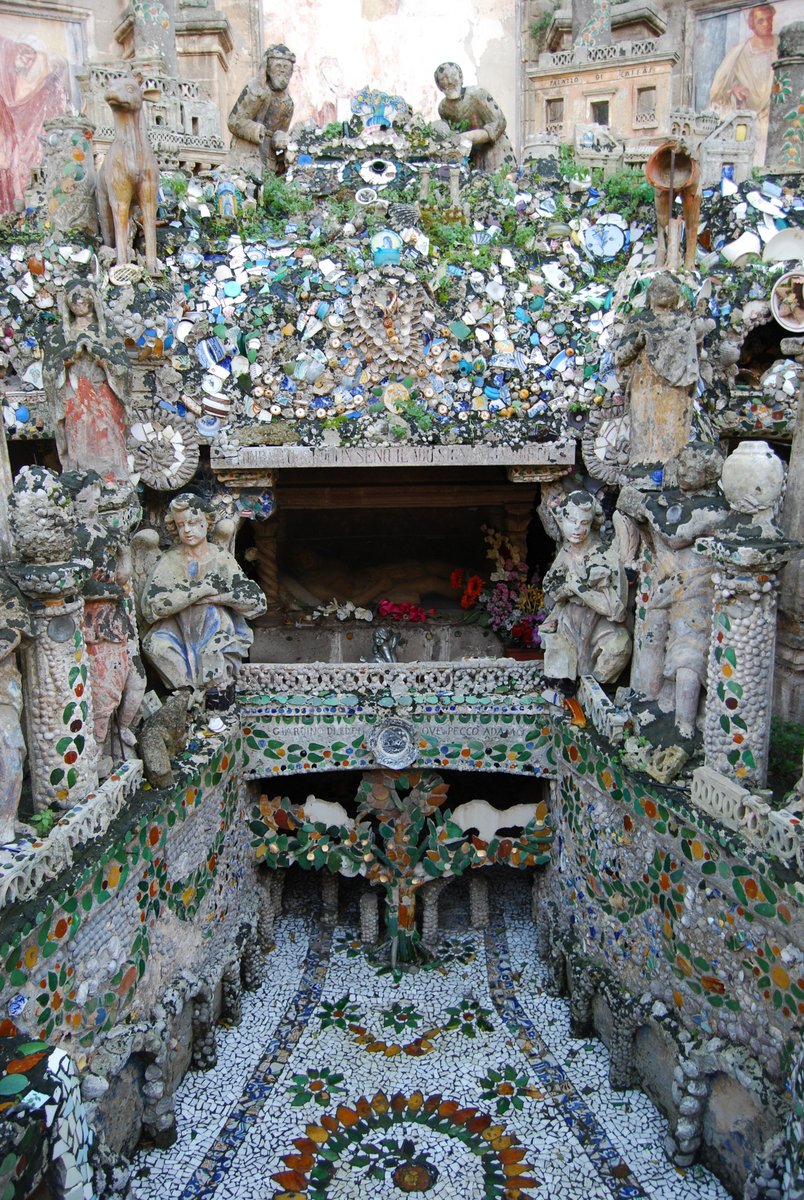 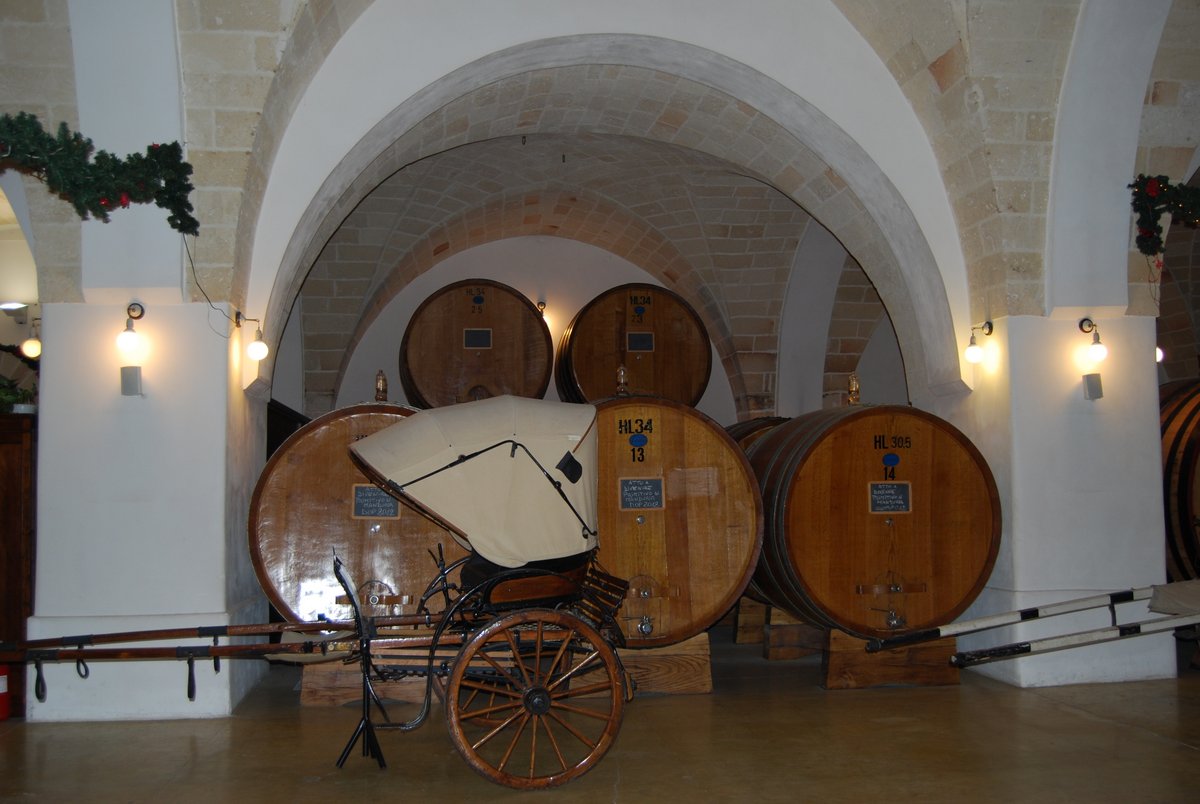 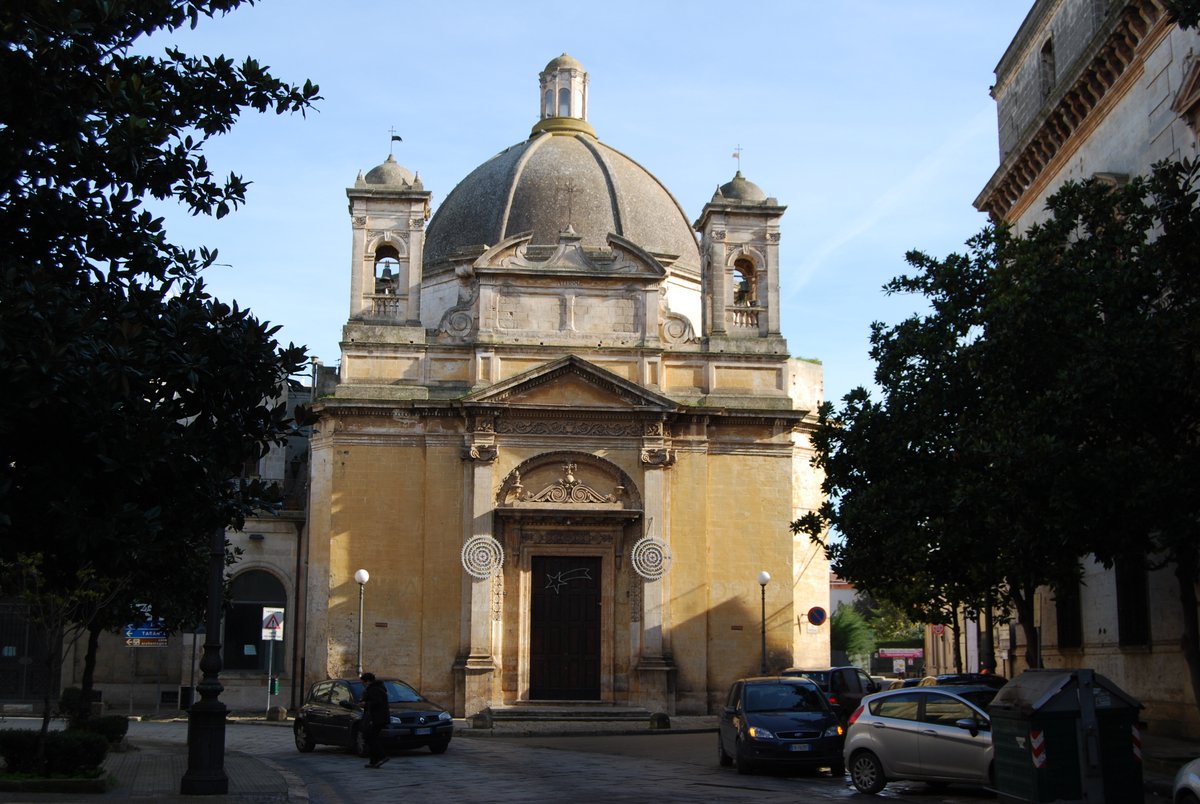 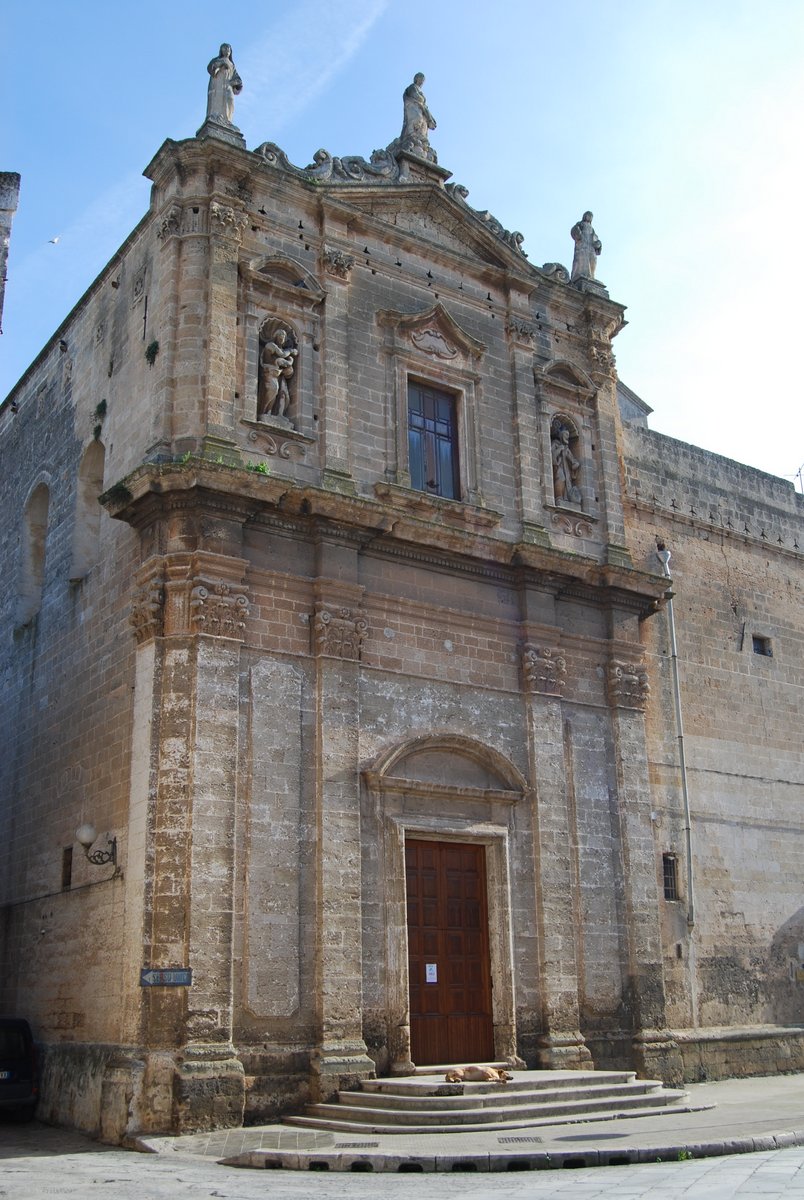 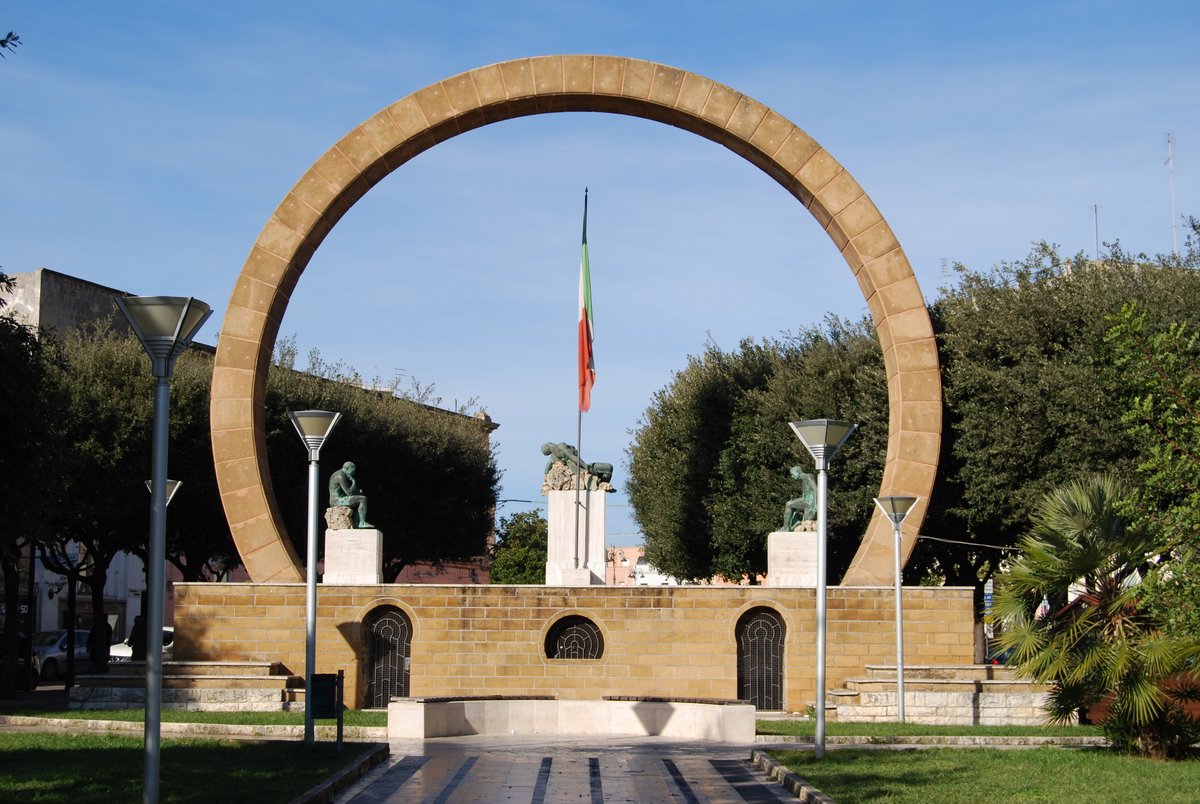 Manduria is situated south of Francavilla Fontana and east of Taranto. The area was the site of an ancient Messapian settlement, with large megalithic walls to protect its citizens. In the 10th Century the Saracens destroyed the city, the remaining inhabitants rebuilding adjacent to the old site. It was known as Castelnuovo until comparatively recent times.

The remains of the Messapian walls still survive – the Parco Archeologico delle Mura Messapiche on the north west side of the town is one of the largest in Italy. As well as the walls, there remains the evidence of defensive ditches, an acropolis, and tombs that contained various ancient artefacts. Entrance to the park is charged at €5 per person, with discounts for students and over-65s. Next to the Parco Archeologico is the Fonte Pliniano, a well which Pliny the Elder mentions in his Natural History as it always maintained a constant level. He describes an almond tree growing out of the centre of the well, which can still be seen to this day, and has become the design of the town's coat of arms. Since the Parco Archaeologico and Pliny's Well are some distance from the city centre, if travelling by car it is usually best to visit them directly.

Manduria is most famous as being the home of the Primitivo grape, one of the oldest known grape varieties. (The American Zinfandel grape variety is genetically the same as Primitivo). With DOC status, Primitivo di Manduria has put the town on the map, and there is a museum of wine – Museo della Civilta del Primitivo on Via Fabio Massimo. This is also some distance from the city centre, although near Manduria's small railway station. It is actually a museum run in conjunction with a sales outlet for Cantina Produttori Vini Manduria, a wine cooperative founded in 1932 by "enlightened" wine producers. So don't be surprised to find it is in a building surrounded by an industrial winery with banks of steel containers, and people coming out with large containers of wine. Inside the building is a sales area where you can sample different types of wine from steel vats, prior to purchasing this in containers or from the variety of bottled wine on display. The museum consists of a large display of huge barrels, carts, photographs etc on the sales floor; you can just wander round this at your leisure, it is very interesting and dramatic. However, downstairs is a large and well organised basement showing old artefacts and machinery to do with all aspects of old and new wine production. This basement can only be visited with the help of a guide. If you want a proper tour, in Italian or especially English, you have to book in advance. However, we have been round on a quick tour (which is all we wanted) under the supervision of one of the staff - it takes about 20 minutes. The museum and shop are open Monday-Saturday (lunchtime closing 1.30-3.30pm) and Sunday mornings.

The main part of Manduria consists of a gridiron of streets, so to see the central area just follow "centro" and find somewhere to park. Traffic here is a bit of a nightmare even for Italy. Only the small centro storico is relatively car free. This area consists of a few streets around the Duomo, but part of it is a former Jewish ghetto, small houses in streets which were once gated to segregate the populace.

The Duomo itself is dedicated to the Holy Trinity. Unlike many such cathedrals, it is not linked to a large piazza. Most of the building dates from 16th Century, although there have been many changes since then. The façade has a rose window. Inside the main object of general interest are the wooden pulpit (walnut, made in 1608) and a decorated font (dating from 1534).

The main street of Manduria is attractive and lively, well worth a short stroll. It extends from the gardens of the Piazza Vittorio Emanuele via Piazza Garibaldi (where is located an impressive building, Palazzo Imperiali, now used as a bank and a pizzeria), through an archway dedicated to the Virgin Mary to the Chiesa Sant'Angelo. On the way you pass Manduria's main baroque church, Parrocchia Di Santa Maria Di Costantinopoli, with the characteristic multi-coloured dome. This church is currently undergoing extensive restoration work.

There are plenty of places to eat and drink in Manduria, especially in the summer. The best bet is in and around the small centro storico. We can personally recommend Osteria dei Mercanti, a few yards from the Duomo. This has the simplest decor we have encountered in any restaurant in Italy, just a few photographs and pictures on pastel painted walls in a series of big rooms. The food (especially the daily home made pasta) is top notch, with the usual polite and friendly service you get everywhere in Puglia,

There are some good free beaches about 10 miles beyond Manduria, so if you want to get there in the morning and see something of the place, then take a picnic to the beach or eat in one of the many bars and restaurants close by, and return to the city centre for the evening. This would make a really good day trip from Ostuni by car.

On one side of the Piazza Vittorio Emanuele is a weird sculpture behind some railings - Il Calvario. This consists of representations associated with Calvary, constructed from broken pieces of different ceramics and other cast offs - it is described as "arte povera". Constructed in the 19th century, it is very distinctive and must be looked at when visiting Manduria. We have found a website link which tells you all about it - in Italian.